The young Nigerian man identified as Dele, who was declared missing on Tuesday, January 12, has been found dead.

According to Editi Effiong, an Information technology expert and was a colleague of the deceased, Dele’s body has been found.

Effiong said the deceased appears to have taken his own life, he however did not state how and why. He described Dele as one of the most brilliant professionals he ever worked with.

“Not the news we hoped for, but Dele’s body has been found. It appears he took his own life.

I hope he finds peace. If you have some faith, please say a prayer for his family” 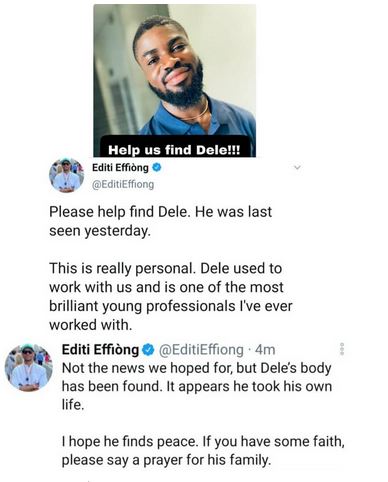