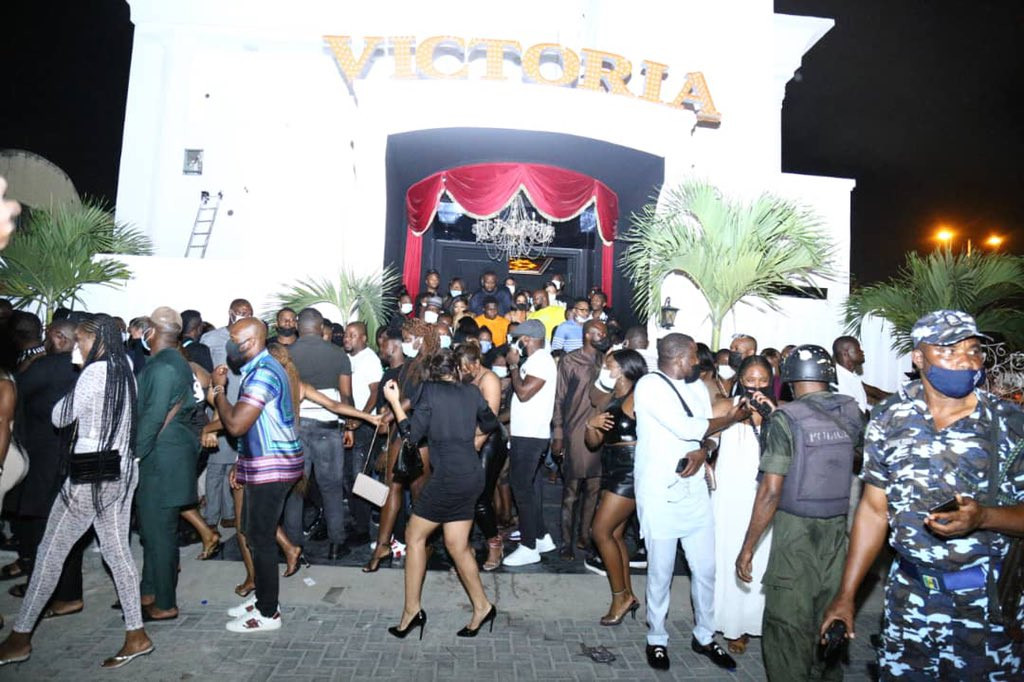 UPDATE: Lagos police arrests owner of Club Victoria, to arraign him in court

The owner of Club Victoria located in Victoria Island Lagos has been arrested by the police.

Recall that over the weekend, the state police commissioner, Hakeem Odumosu, led a team of officers to raid the club and arrested the clubgoers. They were arrested for violating the COVID19 protocols.

The state government in December announced a ban on all clubbing activities in the state as part of measures to contain the second wave of the COVID-19 pandemic.

According to the spokesperson of the state police command, CSP Muyiwa Adejobi, the owner of the Victoria club will be arraigned at the Magistrate court Yaba this morning, January 12.

He said the idea is to use the club owner as a scapegoat to serve as a deterrent to other defaulting club owners.