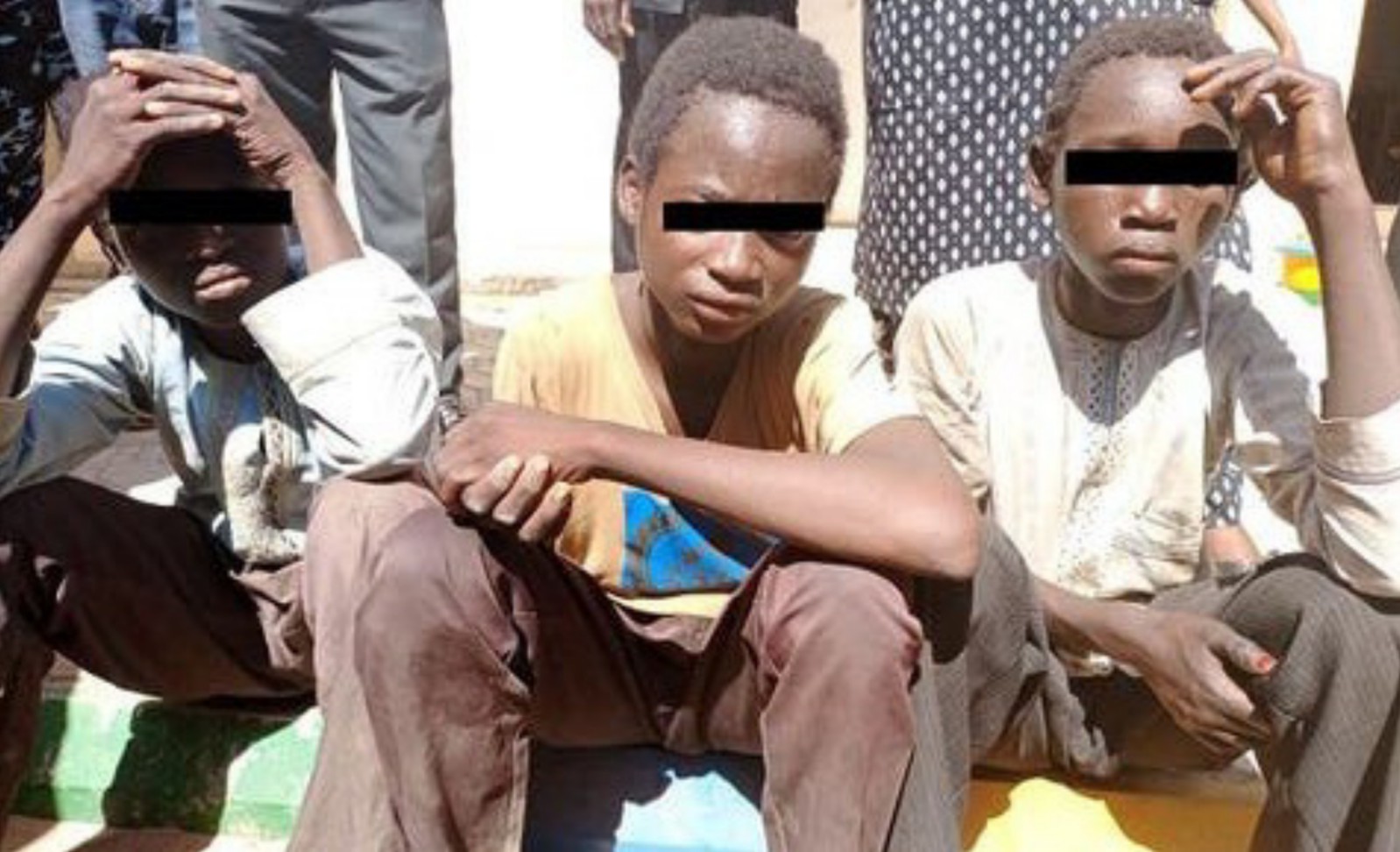 Three teenage Fulani herders have been arrested by the Bauchi State Police Command for allegedly gang-raping a girl whose identity is concealed in Itas/Gadau LGA of the state.

While parading the boys at the State Police Command, on Wednesday, it was alleged that the suspects committed the offence on Friday, January 8, 2021 as was reported at the Divisional Police headquarters in Itas.

The Police told Journalists that the trio was arrested following the report lodged by the victim and her parents as she was able to identify the suspects.

Speaking to Journalists, each of them narrated the part played in committing the offence in what sent laughter to the months of all those that were there.

The main suspect, 15 years old Mamman Jauro, who is the eldest amongst them said: “I live in Itas/Gadau LGA, I am cattle rearer, I used to be a student of a Qur’anic school but I have stopped attending, now fully rearing cattle. I was brought here (Police Command headquarters) because I raped a girl.”

Speaking further, he said: “She is not my wife, we only saw her in the bush where we were rearing our cattle. Her name is Nasaiba but I don’t know her before, I just heard her name when we got here, she is not Fulani but a Hausa girl, I don’t her age too.”

“I started enjoying the action when my friend pushed me away so that he too can have a taste. I regret my action and I will not repeat it again. I am begging for leniency,” he pleaded.

Another of the suspects is Buba Abdu who is 14 years old said, “After Mamman finished, I took my own turn to violate the girl.”

He narrated that, “I was together with Mamman, we raped the girl, Nasaiba in the bush in Itas. It was last week Friday. We saw them in the bush where she and her sisters went to pluck some fruits. We ran after them, while others escaped, she fell down and we took advantage to take turn but it was only two of us, the third person only held her while we violated her.”

13 years old Buba Saleh said that he did not take part in the raping but, “I only held her for a little while to enable them (pointing to his friends) have their turns. We were arrested by the Police and brought here because we committed an offence of forced sex with a girl at a village called Dogon Awu in Itas/Gadau LGA.”

Buba Saleh narrated that, “we were in the bush rearing our cattle when we saw six girls going back home, we chased them and in the process, the victim fell down while others escaped. I then pinned her down while Mamman was the first to rape her and also inserted his penis into her mouth.”

“I held her by the hand for a while after which I left her and walked away from the scene. Thereafter I did not know what happened until we were arrested by the Police and brought to this place.”