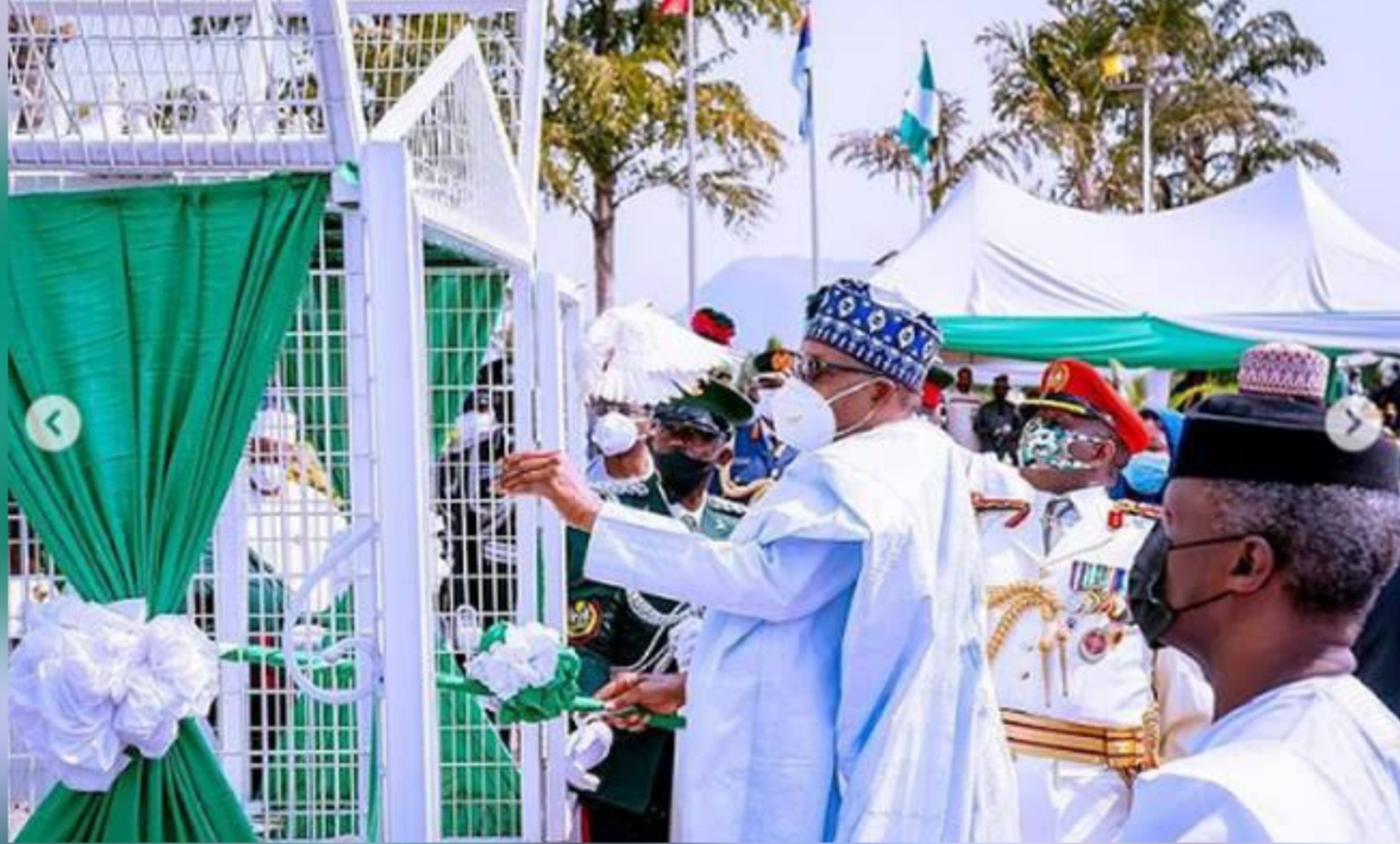 The white pigeons released by President Muhammadu Buhari at the Armed Forces Remembrance Day ceremony, refused to fly despite several attempts by the President thereby causing a subject of discussion on social media on Friday.

As a sign of peace, the president usually releases some white pigeons from a cage and immediately they fly away.

But, this year, the birds refused flying on Friday with most of them sticking to the cage.

The President had opened the birdcage, picked up one of the birds, and thrown it into the air but the bird landed atop the cage and refused to take flight.

Buhari, who was eager to let the white pigeons fly, opened the roof of the cage in a bid to send them all out but the birds remained adamant and decided to sit on top of the cage’s roof.

The President, who appeared tired of trying, soon left the birds and returned to his seat. Moments after the President had left, however, some of the birds flew.