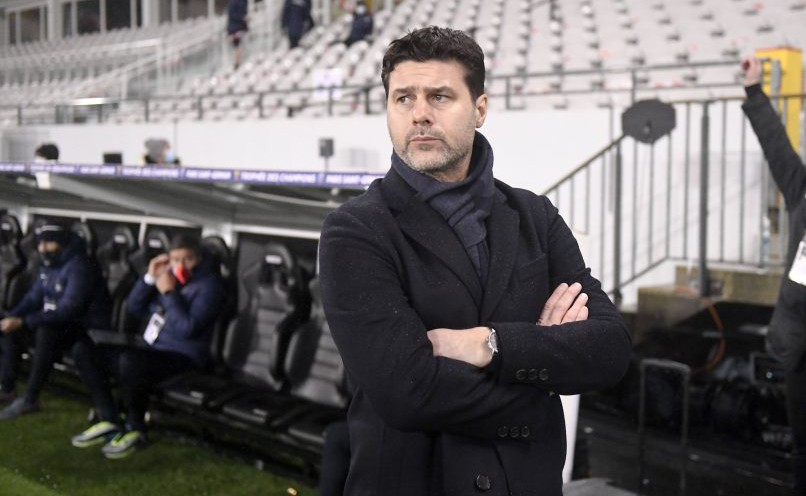 The Argentine has gone into isolation and will not be on the bench for his side’s Ligue 1 match against Angers on Saturday.

Instead, assistant coaches Jesus Perez and Miguel D’Agostino will take charge of the team for the away match.

“He will now be in isolation and follow the appropriate medical advice.

“His assistants Jesus Perez and Miguel D’Agostino will take over his duties starting tomorrow at Angers.”

PSG will also be without Colin Dagba, Thilo Kehrer and Rafinha for Saturday’s match due to Covid-19, while Juan Bernat is missing with a knee injury and goalkeeper Alexandre Letellier is unavailable because of an elbow problem.

“We’ll have to be ready on Saturday, because it’s a very difficult game against Angers that’s ahead of us,” Pochettino told reporters on Friday.

“We want to win again, and to do that, we have to be ready. We want to be top of the Ligue 1 table and to get there, we’ll have to win.

“The most important thing is to be consistent in our performances. We’re very happy with the way the players are picking up our concepts. I want to thank them, the staff that we already had here, and the fans who encouraged us before the match.

“We’re working 24 hours a day. We don’t have a lot of time to sleep, so we’re tired. But it’s an incredible opportunity for us. We love Paris Saint-Germain. We’ve come to an incredible club. So nothing is too much trouble. We only sleep three or four hours a night, but we love what we do.”

Pochettino replaced Thomas Tuchel at the helm of the French champions at the start of January. They have won two and drawn one match since he took charge.

The 2-1 win against Marseille on Wednesday saw his side lift the Trophee des Champions, the first trophy Pochettino has won as a coach.

PSG are second in the French top-flight heading into the weekend clash, sitting a point behind leaders Lyon after 19 matches.