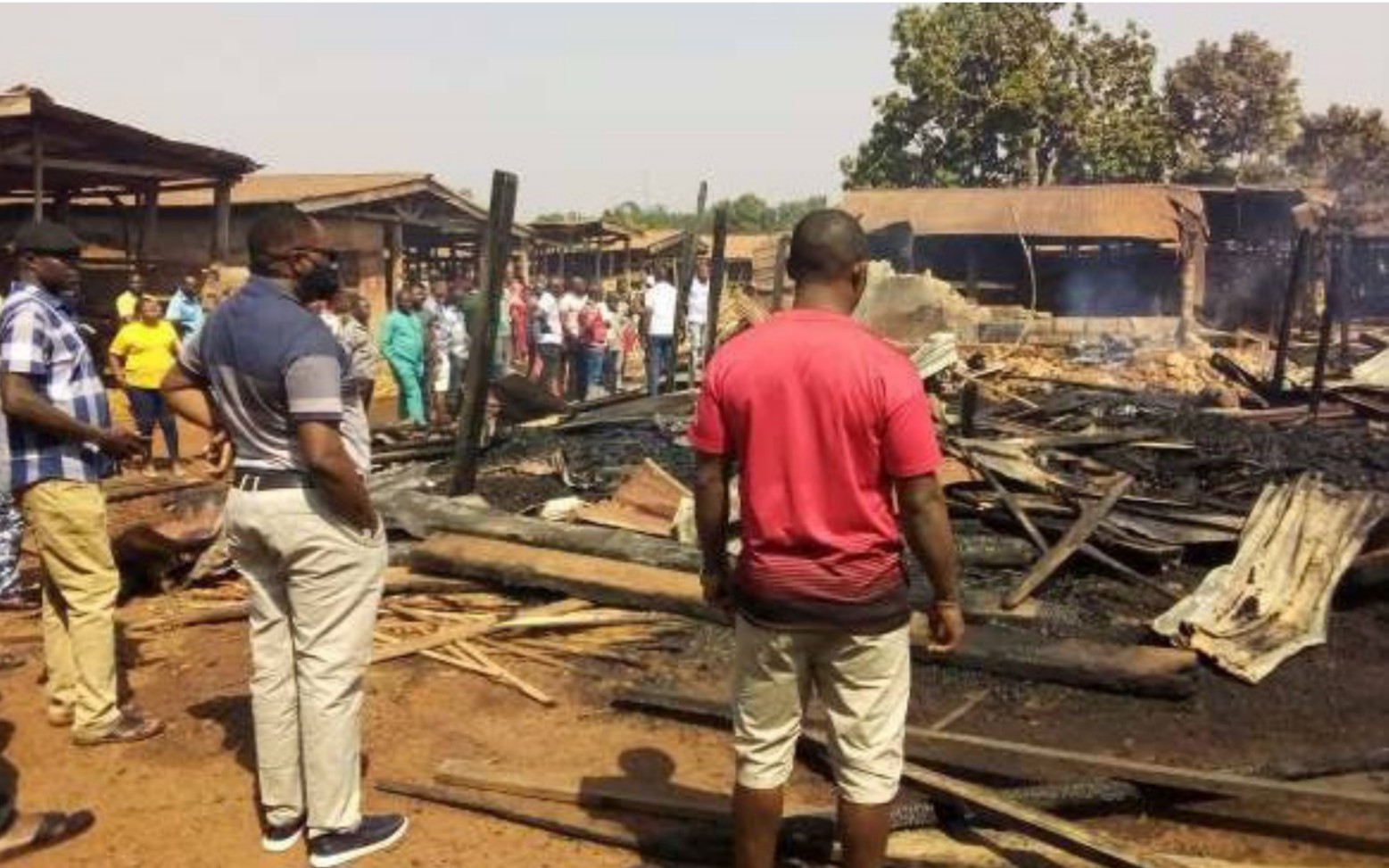 At least N200 million worth of goods were razed in an early morning fire outbreak at Nsukka Timber Market, Nsukka Local Government Area of Enugu State on Monday.

The fire which started at about 3:00am, razed at least 20 shops, destroying timbers materials and machines before personnel from Nsukka Fire Service quelled it at about 7:30 am.

Though the cause of the outbreak was yet-to-be ascertained at press time, the chairman, Association of Nsukka Timber Market Traders, Jude Eze, and the local government boss, Barr. Cosmas Ibeziako Ugwueze, said no stone would be left unturned in unravelling the remote and immediate causes of the incident.

While reacting to the incident, the chairman of the market association, Eze, who said he was saddened by the development, called on the government and good spirited individuals to come to the aid of the victims to start life over again.

He said “Since I noticed this incident, I have not been my usual self because I saw the wealth of my people being crumbled, all their suffering being burnt by fire. I feel very sad.

“I pray to God to revive the spirit of those affected by this incident. May God make them strong to keep on pushing for life.

“Goods worth over N200 million naira were damaged by this incident. It affected at least 20 traders. I want government at both state and local government levels to come to our assistance to enable the victims to continue with their businesses.

“I also want them to sink a borehole for us here and equally give us a fire-fighting vehicle to curtail incidences like this from re-occurring.”

Also, the chairman of the council area, Barr. Ugwueze, who was at the scene of the incident for an on-the-spot assessment, charged the market association to constitute a panel of inquiry to unravel the remote and immediate causes of the fire outbreak.

The chairman who also sympathised with the victims for their loses at this time of national economic crunch, also pledged to assist the victims, adding “As a government, we would also investigate the incident.

“It is no longer ordinary because there was a fire outbreak almost this time last year. So, all hands must be on deck to find a lasting solution to this incessant outbreaks.

“It is possible that one wicked person could go to the extent of setting these goods on fire,” he said.