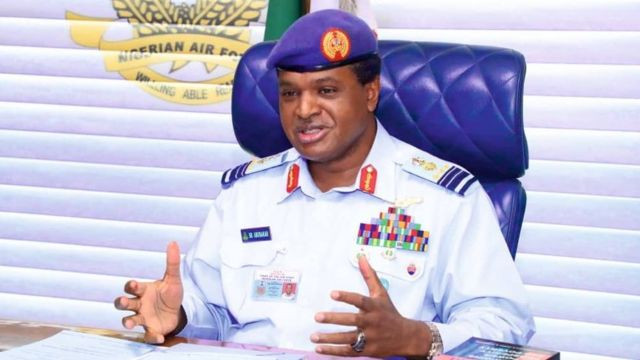 Air Marshal Sadique Abubakar, the Chief of Air Staff has stated that the attacks of Boko Haram terrorists in the northeast and bandits in the northwest and north-central zones of the country have been largely curtailed.

This statement was made by the Air staff chief while speaking at the graduation ceremony of officers of Basic Regiment Course and Other Specialist Regiment Courses at the Regiment Training Centre in Kaduna State on Saturday January 23.

Abubakar said the feat was achieved through constant push-backs by the air and ground troops of the service and other security forces, and constant deployment of well-trained personnel and equipment to theater of operations in the various ongoing military operations.

The Chief of Air Staff further stated that the Nigerian Air Force under his leadership has relentlessly pursued the improvement of Force protection capabilities amidst the increasing complex nature of contemporary threats.

He added that this has necessitated the drive for massive recruitment and training of Regiment personnel to complement the Nigerian Air Force air operations across various theatres of operations.