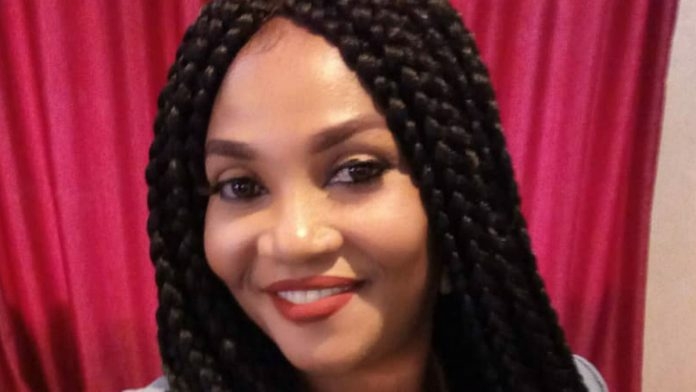 Nollywood actress, Maryann Apollo, has opened up on why she became a born again Christian.

Speaking during an interview session tagged the ‘Four Fs— film, finance, friendship and faith, Apollo gave details of how she was struck by an unknown ailment that made her blind and frail until she met a man of God in Abuja who prayed for her.

She said, “My journey to Christ was not a good one. I don’t pray for people to go through what I went through to find God. Before I gave my life to Jesus Christ, I had been told everywhere I went that I had to dedicate my life to Him.

“However, something happened. I fell so ill and they took me from one hospital to the other but there was no solution. I started selling properties but the money was still not enough. This is actually the first time I am telling this story.

“My family turned upside down until I was operated on. My stomach was opened and they (doctors) said it was fibroid. But, it turned out not to be fibroid. They did not understand what they brought out from my body.

“My son almost took his life because he kept on shouting that I was the only one he had. At that point, I did not even know what was going on.

“If you had seen me then, you wouldn’t have recognised me. I looked like an 80-year-old woman— frail, wrinkled and rumpled.

“Later on, someone told me to go and see Bishop Okwudili Eze in Abuja. When I got to the church, the man was preaching but as soon as I got inside, he said there was a celebrity there that had been ‘finished’ with charms.

“He went on to say that those who did that to me would call me within the 24 hours to apologise. He said two people were involved— one in the industry and another one in my family. He prayed for me and I went back to my hotel room.

“That night, I woke up around 2am to pee and realised I could see. Bishop Eze then told me I had to give my life to Christ. He said I had to leave the ‘world’ and remain celibate till I met my husband. God revived and transformed me.

“And now, I mentor young girls and pray for them. I have also preached on the streets and shared did evangelism materials.”

The actress also stated that she now sells food ingredients.