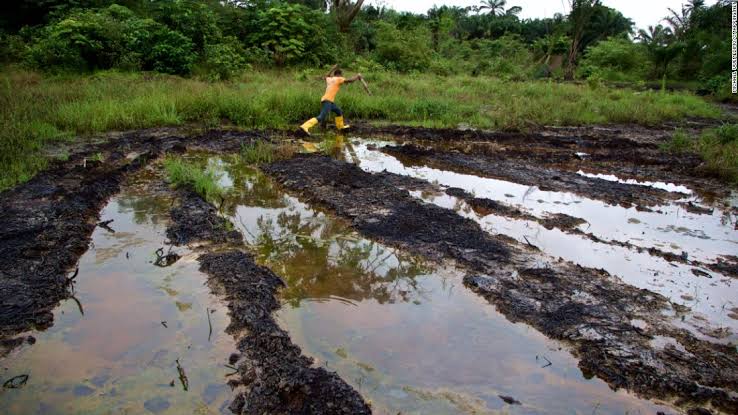 The Appeal Court at the Hague in the Netherlands has ordered Royal Dutch Shell to pay commensurate compensation to victims of two oil-polluted communities in the Niger-Delta.

Two separate oil spills from a Shell facility occurred in 2004 and 2008, polluting several fishing communities in the Niger Delta.

Four fishermen from the impacted villages of Ikot Ada Udo, in Akwa Ibom state; Goi in Rivers state, and Oruma in Bayelsa State sued Shell in the Netherlands.

In this case of four fishermen/farmers and Milieudefensie vs. Royal Dutch Shell and Shell Petroleum Development Company Limited, re-lief sought included a declaration of Shell liability to the spills and destruction of fishponds being the source of income for the litigants.

But the international court on Friday ordered Shell to clean up the polluted communities and restore the livelihoods of the affected victims.

The Court was, however, silent on the case of Ikot Ada Udo, in Akwa Ibom State because of the “unclarity of the facts”.

The judgement which was monitored virtually from Port Harcourt by DAILY POST comes after 13 years of painstaking litigation where Goi community in Ogoni, Rivers State and Oruma Community in Bayelsa State dragged Royal Dutch Shell to Court in 2008.

The communities sought the intervention of the court after several failed attempts to bring Shell to book in Nigerian Courts.

They sought a declaratory judgement for clean up and compensation for loss of fishing ponds, income and livelihoods, and preventive measures to stop oil spills from Shell’s aged pipelines from destroying their farmlands and fishponds in the future.

Acting Executive Director of Environmental Rights Action, Chima Williams said Shell should obey the order of the Court, pay compensation to the affected communities and end all litigations regarding the matter.

Williams also said the Hague will calculate the compensation claims payable by Royal Dutch Shell to the affected victims.

“Today, history has been made following a landmark ruling concerning oil spillage in the Niger-Delta. Shell has been held liable for the destruction caused in Oruma community in Bayelsa and Goi in Rivers as a result of the spillage that caused destruction on the fish ponds, farmlands and livelihoods of citizens.

“The Court also charged the parent company, Royal Dutch Shell and the daughter, SPDC to ensure that no further spillage occurs in those communities.

“On Ikot Ada Udo in Akwa Ibom, the Court did not make any order because the court wants further information and evidence on the incident at the community.

“With the judgement of today, a global standard has been set that the oil companies will not only be held accountable but will also be reprimanded and held not to take steps that will affect the livelihoods of poor citizens.

“Shell that has been above the Law in Nigeria has been held accountable in their own country, the Netherlands. They cannot fight this judgement,” Willaims said.

The court sitting in The Hague had ruled in an appeal against Shell in December 2015 that the company has a case to answer over its human rights violations in Nigeria.