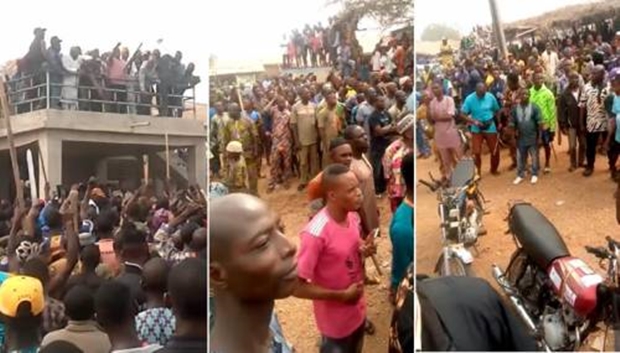 After successfully ejecting Seriki Fulani of Igangan, Abdulkadri Saliu, from their community, residents of Igangan in the Ibarapa North-West Local Council Development Area of Oyo State have vowed to resist any attempt to bring him back.

PUNCH correspondents report that the community warned that bringing back the Seriki Fulani to the town would be tantamount to suicide, adding that they would rather die than to accept Saliu back in the town.

“The entire town would rather commit suicide than to accept Seriki back. We would rather lay down our lives than for us and our generations to come to be subjected to the evil reign of Seriki again,” the Convener, Igangan Development Advocates, Oladiran Oladokun, said.

Oladokun was reacting to a statement made by the Seriki Fulani that he would consider moving back to Igangan.

“If given the opportunity to return to the community, I would consider moving back to Igangan,” Saliu whose family members have settled temporarily in Ilorin, Kwara State, had said on Thursday.

Speaking with our correspondent on Friday, Oladokun said the residents of the town have been enjoying a breath of fresh air and relief since the eviction of Saliu and his men.

He said farmers now have renewed hope of returning to their farms to continue agricultural activities without fear of being raped, kidnapped and killed.

The IDA leader said the people of the community would not want anything that would truncate the momentary peace and tranquility that they have started enjoying.

“Our people will not allow that reign, that enslavement to come back now that they have tasted freedom a little.

“We are now relieved. People could not go to their farms for so many months but people are now thinking of going back to their farms and they now have hope of a better life and you want to take that hope away from them? Our people won’t allow that,” the youth leader said.

Continuing, Oladokun said, “In the media, people perceive what happened in Igangan as an exaggeration. But for about 20 years, Igangan lived under the oppressive blood carnage championed by the Seriki himself. How do I know? Why is it that on every occasion, no Fulani was prosecuted?”

“If the Seriki is really who he claims to be and he cares so much about the town, why did he not bring out at least one culprit and say, ‘Igangan people, this one that you claimed killed a farmer last week, this is him, we got him for you. We don’t want criminals amongst us, we don’t want people to tarnish our image.’ Why hasn’t the Seriki done that over the years?

“Seriki claimed he had no control over Igangan but it is a lie; he held control over the town and the killings, he held sway over Igangan, even the Asigangan of Igangan land and the chiefs were helpless and they bowed to him. That is why (when) they (herders) committed a crime, they would go to him (Seriki) and he would tell them to relax even if they killed or raped a woman in the farm. He would tell them it was the Ja’mah (congregation) that did it,” he alleged.