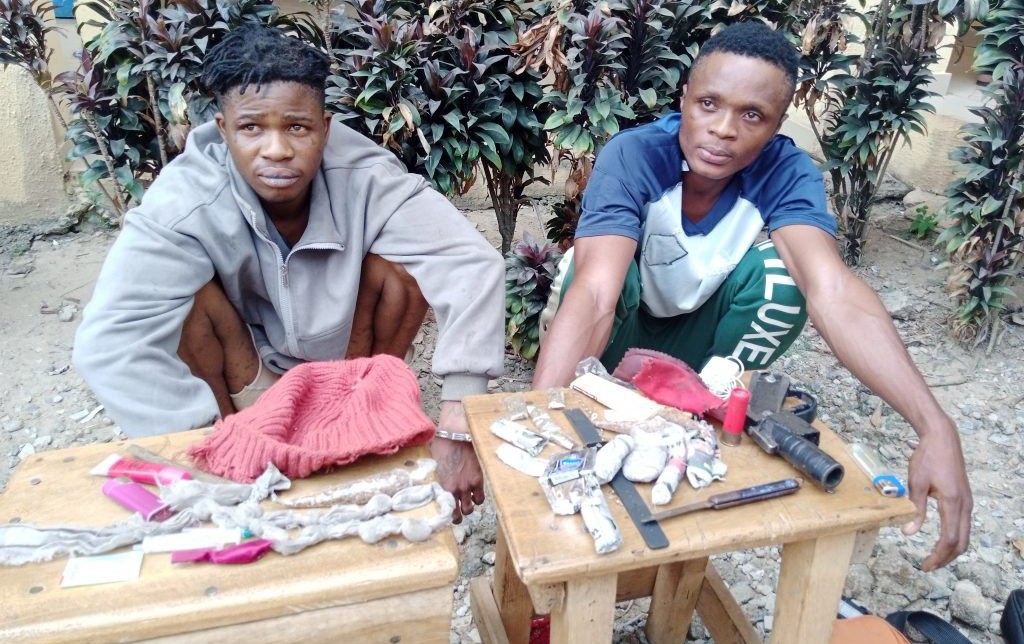 Two suspected armed robbers have been arrested with a locally made pistol, charms and some assorted weapons in Osogbo, Osun State.

The suspects, Samson Olamilekan, 25 and Kazeem Olaide, 22, were arrested at Mallam Tope area in Osogbo, the state capital of Osun by police operatives from SCID, Osogbo.

The duo were arrested as they were about to rob a victim at Mallam Tope area, Osogbo, with one locally made pistol and one live cartridge. 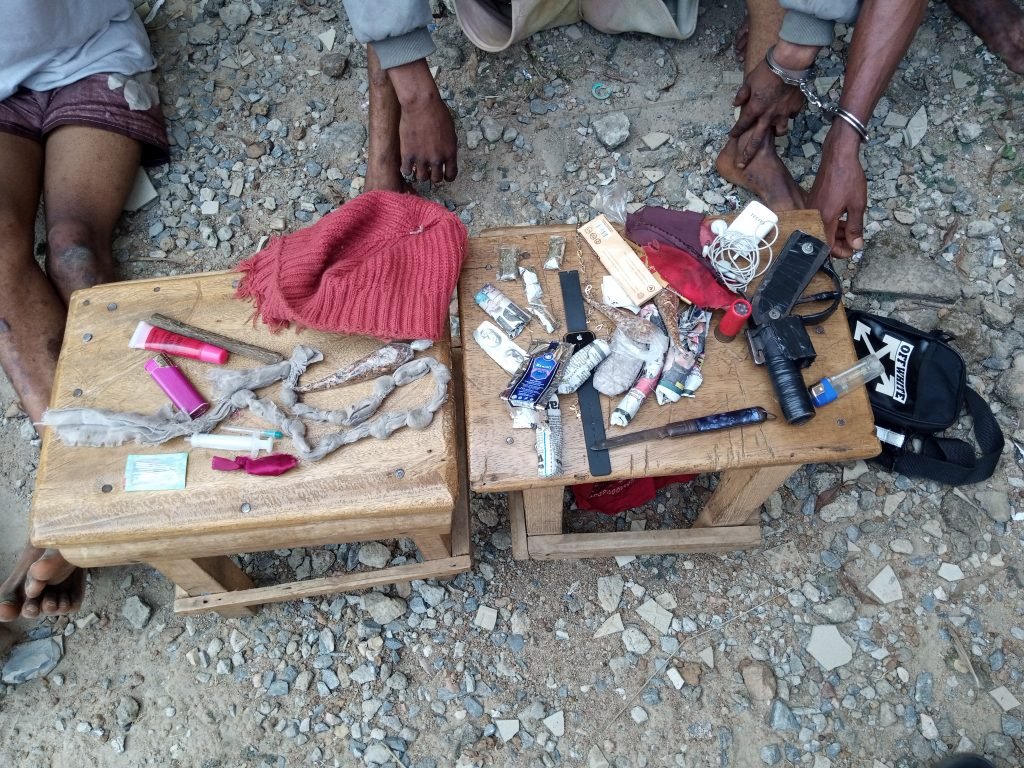 The Commissioner of Police, Osun State Police Command, Olawale Olokode, while addressing journalists at the command headquarters in Osogbo, on Friday, disclosed that the suspects had earlier robbed one Jimoh Omotosho of the sum of N10, 000 at about 8:30 am of the same date and location.

While fielding questions from journalists, the suspects said that, “We went to greet one Honourable who had served under PDP in his house at Mallam Tope area. The Honourable has a son who ventures into Yahoo; we went to beg for money from them. We don’t know the name of the honourable.”