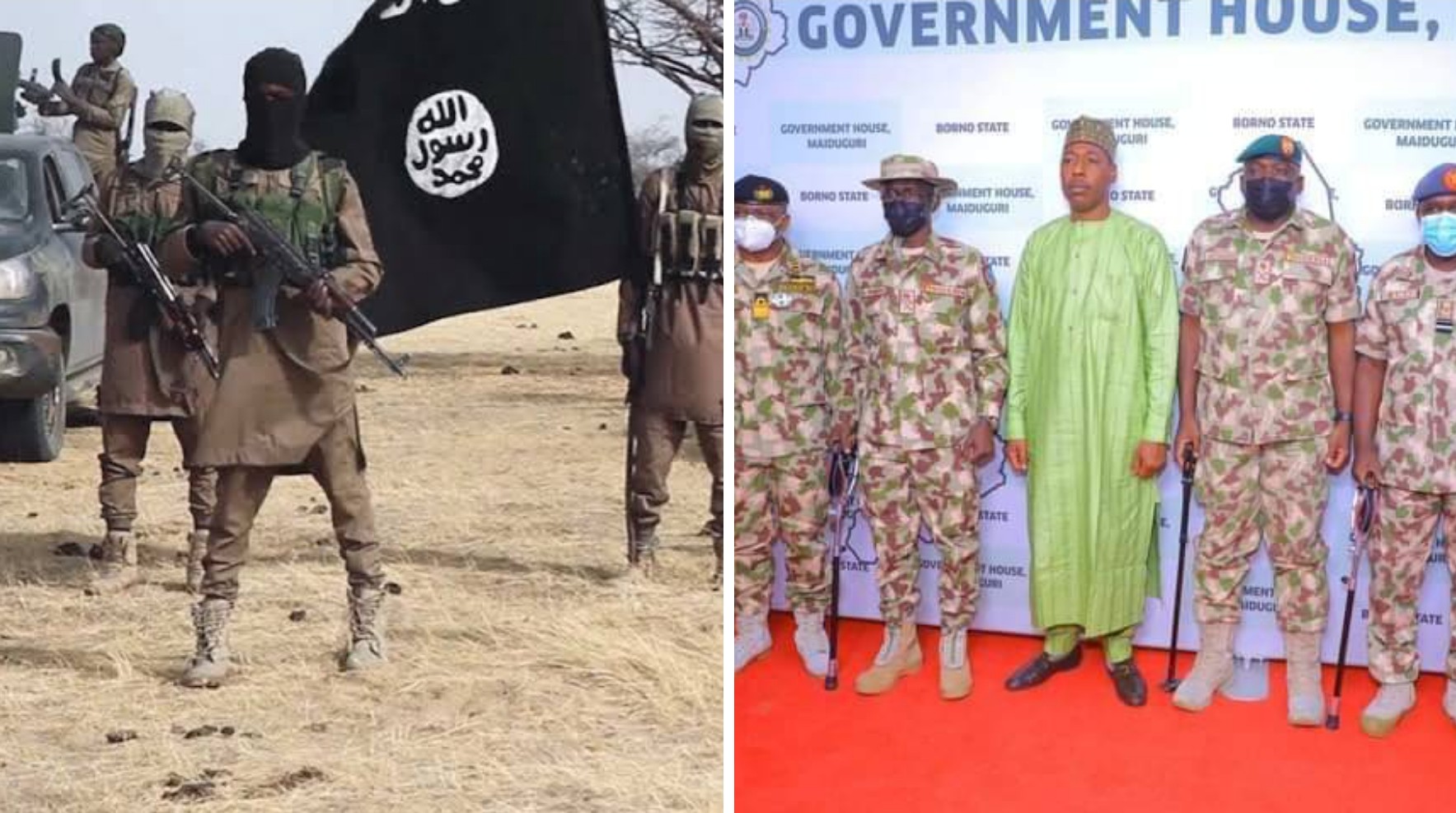 The terrorists also in an ambush seized two patrol Vehicles and set ablaze another one along Maiduguri-Chabal- Magumeri 35km Road north of the state capital.

This unfortunate incident is coming on the day all the newly appointed Service Chiefs paid their first on the spot assessment of the security situation in Maiduguri.

The Service Chiefs currently in Maiduguri for their first operational visit to Theatre Command Operation Lafiya Dole, since their appointment by President Muhammadu Buhari.

The service chiefs while in Maiduguri were briefed at the headquarters command and control centre Maimalari cantonment Maiduguri, after which they all visited Borno state Governor Babagana Zulum and the Shehu of Borno Abubakar Garbai Elkanemi to seek their collaborative support to end the lingering more than a decade crisis.

But unfortunately, some terrorists attack the region today and reportedly killed two policemen on patrol before abducting two others.

It was also gathered that during the Chabal and Magumeri Communities onslaught, the insurgents went away with two patrol vehicles after setting ablaze on the vehicle, while the dead bodies of the policemen were conveyed to Maiduguri with one injured Police Officer now receiving treatment at an undisclosed hospital in Maiduguri. ” The Source stated.

Also, an unconfirmed source said that the insurgents stationed three gun trucks between Chabol and Magumeri and then fired at the military base located in that area.

“After displacing the military, they attacked the police checkpoint where they burnt down one police vehicle and took one with them. There are three corpses now at the spot. A CJTF, A Police Officer and another civilian.” The source said.