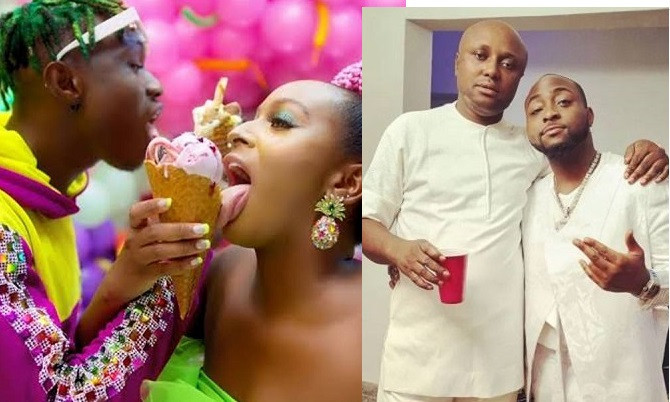 DJ Cuppy to sue Davido’s aide, Israel DMW, for libel and defamation over his claims on Zlatan

Cuppy says she is suing him for libel and defamation over his claims she didn’t pay Zlatan for their collaboration.

Recall Isreal DMW recently took to social media to explain why Zlatan fell out with DJ Cuppy after she cried out that the singer blocked her on social media platforms.

In the post, Israel alleged Cuppy didn’t play Zlatan for their collaboration. He also claimed that Cuppy took the singer to Abuja for her fundraising but refused to give Zlatan money. 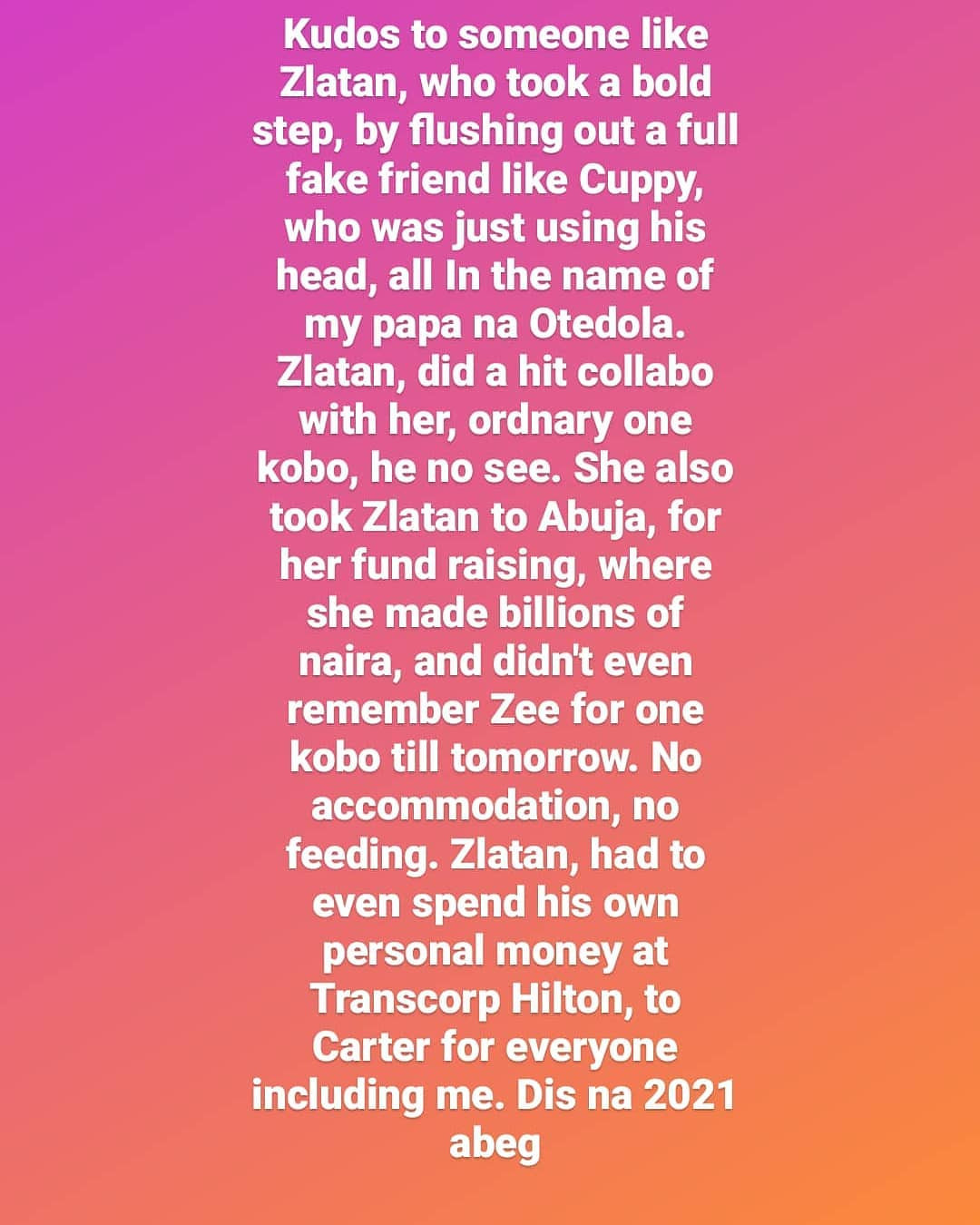 Israel also stated that Zltan had to pay for his own accommodation and feeding including the expenses of his team who joined him on the trip.

Reacting to these claims, Cuppy said she did not breach any contractual agreement over the song ‘Gelato’ she did with Zlatan but will be suing Davido’s personal logistic manager for libel and defamation over his claims. 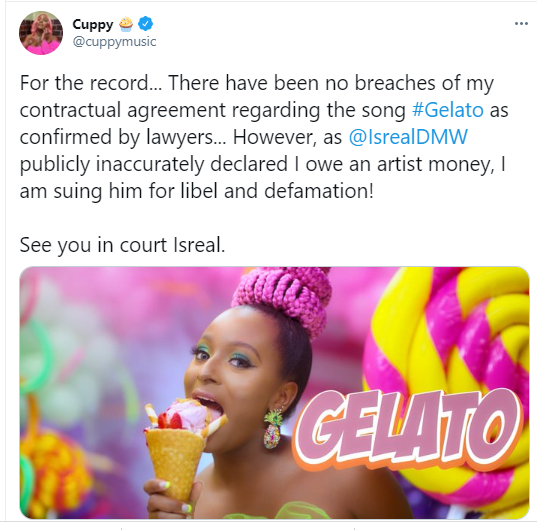