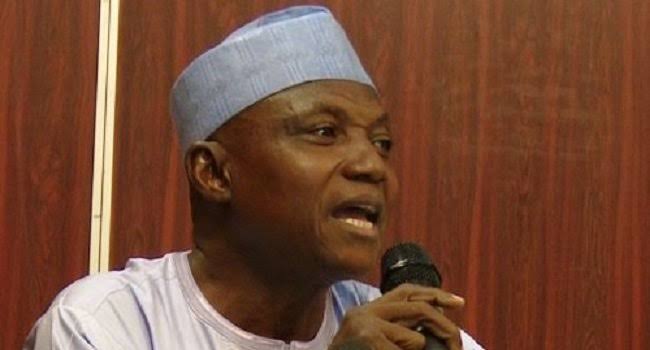 Following Transparency International’s recent report which rated Nigeria poorly in the fight against corruption, the Senior Special Assistant on Media and Publicity to President Muhammadu Buhari, Garba Shehu has vindicated the Buhari-led administration, blaming Nigerians for the poor ratings.

Recall that the giant of Africa, Nigeria dropped to 149 out of the 180 countries surveyed after scoring 25 out of 100 points in the international agency’s recent report.

Garba Shehu while featuring on Channels Television’s Sunrise Daily programme on Monday February 1, Shehu said it is an indictment on Nigerians and not on President Buhari.

“The two that they dwelled on, that caused this backslide, are essentially Nigerian problems. They’re talking about the political culture of this country, vote-buying, thuggery. Is it Buhari that is a thug? We’re not doing thuggery.

“And when they talk about the justice sector, they are talking about perceived corruption in the judiciary. These perceptions are essentially not correct. Yes, there are issues in that sector but so many changes are going on in that sector wouldn’t it have been nice if they acknowledged it so that you encourage those judicial officers that are upright and then the system gets getting better.”