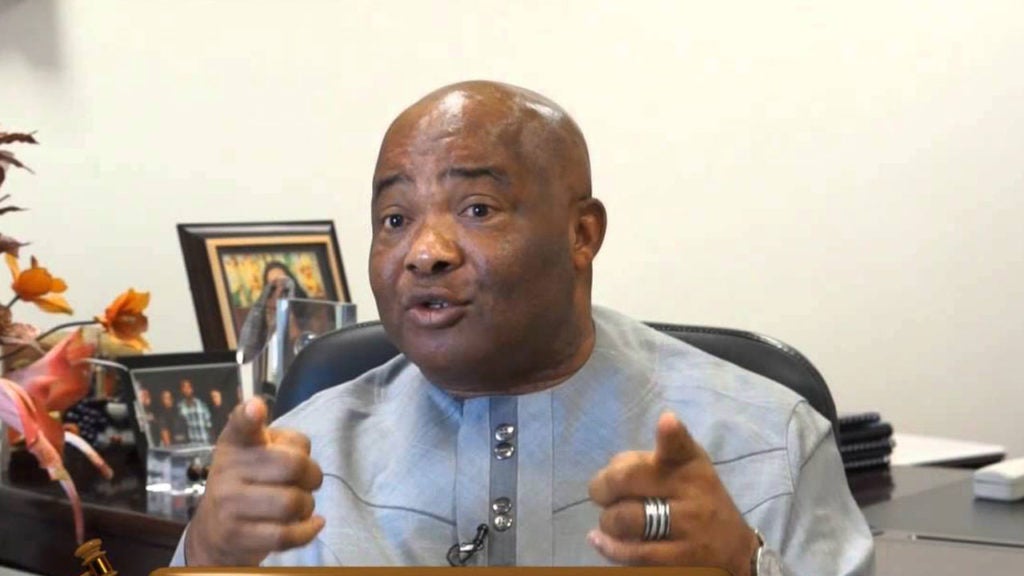 Uzodinma: Nigerians will vote massively for APC in 2023

The Executive Governor of Imo State, Hope Uzodinma on Wednesday night stated that he is certain that Nigerians will come out en-mass and vote for the ruling party, All Progressives Congress in 2023.

This statement was made by the Imo state governor during an interview on Channels Television on Wednesday night, February 3.

According to the state governor, there is no doubt that Nigerians would vote for APC again giving the activities and achievements of President Muhammadu Buhari as the President of Nigeria.

I don’t agree that after 2023 when President Muhammadu Buhari would no longer be the President of Nigeria that the APC would be weak, no.” he said

The governor also expressed hope that the party would emerge stronger after President Buhari’s tenure elapses in two years’ time.

In other news, WITHIN NIGERIA reported that former Governor of Imo State, Senator Rochas Okorocha has dared Governor Hope Uzodinma to publish the report of the Justice Benjamin Iheka-led panel, which indicted him for contract scams.

The former Governor now senator said he spent the state’s funds on a myriad of verifiable projects scattered around the state.

According to the erstwhile chairman of the Progressives Governors’ Forum, the Uzodinmma administration had in the past nine months failed acceptance test by Imo people, hence its recourse shadow-chasing.