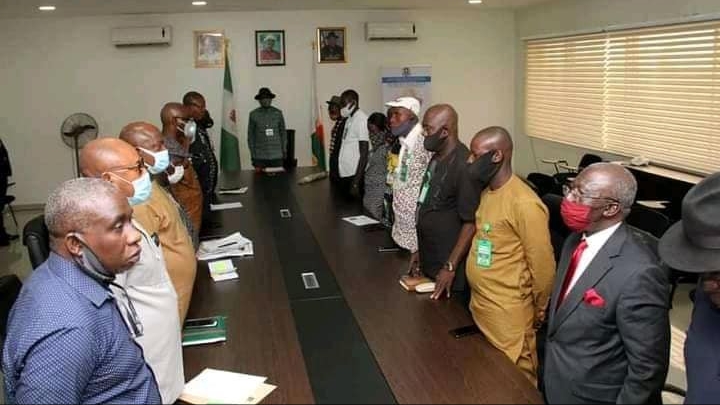 The attack on officials of the Nigeria Security and Civil Defence Corps (NSCDC) by suspected militants in Ekeremor Local Government Area of the state has been condemned by the Bayelsa State Government.

WITHIN NIGERIA learnt that the gunmen had ambushed and attacked the NSCDC team, said to be on patrol duty along the river at Amabulou community on Saturday, engaged them in a gun battle after which they carted away their weapons and abducted one of them.

Speaking on the incident, the public relations officer of NSCDC in Bayelsa State Command, Solomon Ogbere Diri, confirmed the report.

He added that the personnel that was abducted was later rescued, while the investigation was ongoing to arrest the criminals and recover the arms carted away.

At a meeting with the Commandant of NSCDC, Christiana Abiakam-Omanu, and some stakeholders from Ekeremor on Wednesday, February 3, at the government house, the State Deputy Governor, Senator Lawrence Ewhrudjakpo, condemned the attack, saying that it would not hesitate to wield the big stick against any community found culpable for aiding and abetting crime and criminality in the state.

Ewhrudjakpo directed the community leaders to work closely with security agencies to improve peace and stability in communities.

He assured the Corps that government would leave no stone unturned to apprehend and prosecute the perpetrators.

While promising to consult the Governor with a view to setting up a committee to look into the Amabulou issue, he said government would deal decisively with community leaders who provide safe haven for pipeline vandals, pirates and other criminals to carry out their nefarious activities.

He also urged the NSCDC and other security agencies to always conduct proper investigations and inform the community leadership in some cases before embarking on their operations in communities.

Christiana Abiakam-Omanu, commended the indigenes of Amabulou who helped to rescue some officers of the Corps after the unfortunate attack.