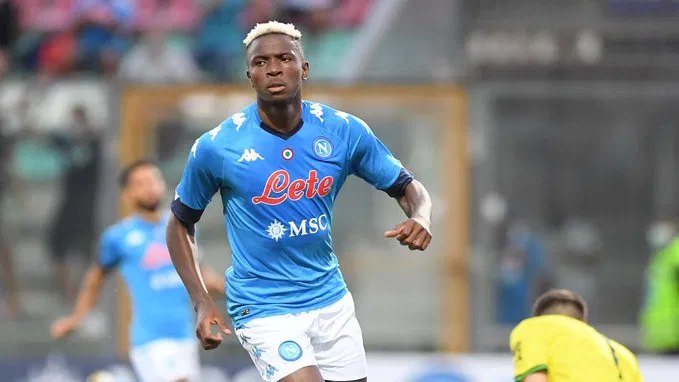 Coach Gennaro Gattuso said Nigeria International Victor Osimhen is not 100 percent fit after making a cameo appearance as Napoli lost 2-1 away to Genoa.

Osimhen replaced Andrea Petagna in the 54th minutes in Napoli’s away loss and in a post-match interview, Gattuso said: “Osimhen was out for three months, he had COVID and a shoulder injury, so he’s not at 100 per cent. We don’t have a magic wand, but he is showing some glimmers of hope. We know his characteristics, but he has barely played for us this season.”

He however dismissed the comparison between Osimhen and Petagna: “Andrea Petagna is a very different type of centre-forward to Osimhen, so their characteristics cannot be compared.

” The other day when I moved to three at the back, it was to counter Atalanta’s system, but also we are just struggling to recover between games. There’s the genuine risk of losing players to injury, as we only have so many who can play in certain roles. We have to rotate,” Gattuso said.

The former Italian international is worried about the lost opportunities that Napoli squandered during the Genoa loss.

“I am worried because numbers don’t lie and this is not the first time we’ve created a lot, not scored and conceded. It’s been happening for a while now and we have to reflect on that,” he lamented ahead of Wednesday’s second leg of the Coppa Italia semi-final against Atalanta.

'Hope you're good?' - Fans express concern as 2face gets emotional over his children in new video