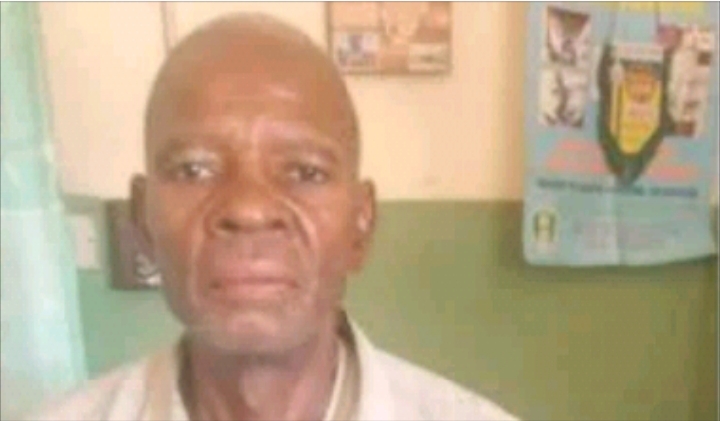 The picture of a 70-year-old man identified as Nicholas Akeh who raped a 5-year-old girl in Benue state has surfaced online.

This picture emerged after the rape suspect was brought to the Police Headquarters in Makurdi on Tuesday February 9. 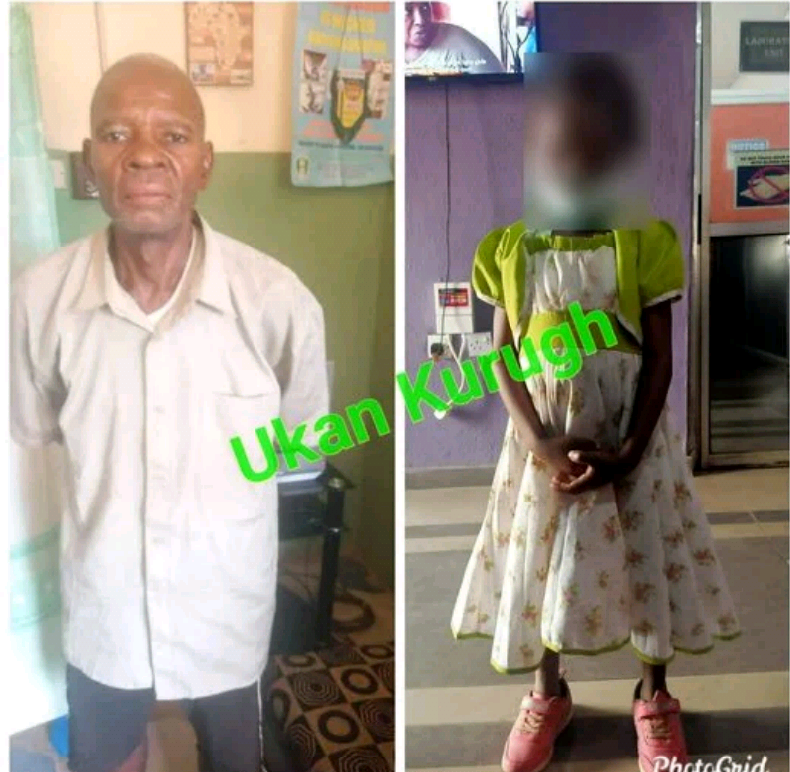 Recall that the suspect, who is HIV positive was arrested for repeatedly molesting the minor in Naka, Gwer West Local Government Area of the state.

According to activist, Ukan Kurugh, the man lured the girl to his house, gave her garri to drink and carried out his evil act.

According to his confession before the police, he called her and gave her garri to drink, then perfected his evil act on the innocent girl. When the girl’s parents came looking for her in the neighbourhood, he hid her in his bathroom. The little girl later opened up to her parents when they noticed that she was bleeding and asked some questions.

The man confessed to have been living with HIV for 20yrs and since his wife left him, his only option was to get young girls to satisfy his sexual urge.

I also spoke to the mother on why she did not want a case, and even went to the police station to have the man released, but she said they are both from the same place and her husband (blind) asked her to drop the case before village elders will lay a curse on them or ban them from the village if anything happens to the old man. Her husband said that they should rather settle amicably out of the police station.

The man has been detained while further investigation is ongoing and will be charged to court within the week.

I want to say a big kudos to the DPO of Naka and Mrs Ameh of the Family unit of the State Command for moving swiftly to the case. More details as the case proceeds.