Taking to his social media page, Aloma DMW shared photos from the accident scene. Photos from the scene of the crash show the car with major damages.

“Thank God for life,” he wrote as he shared photos. 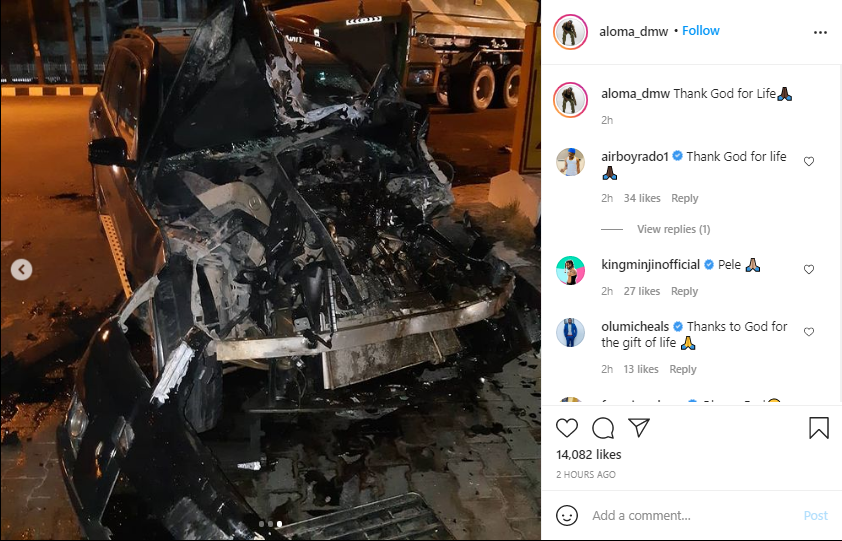 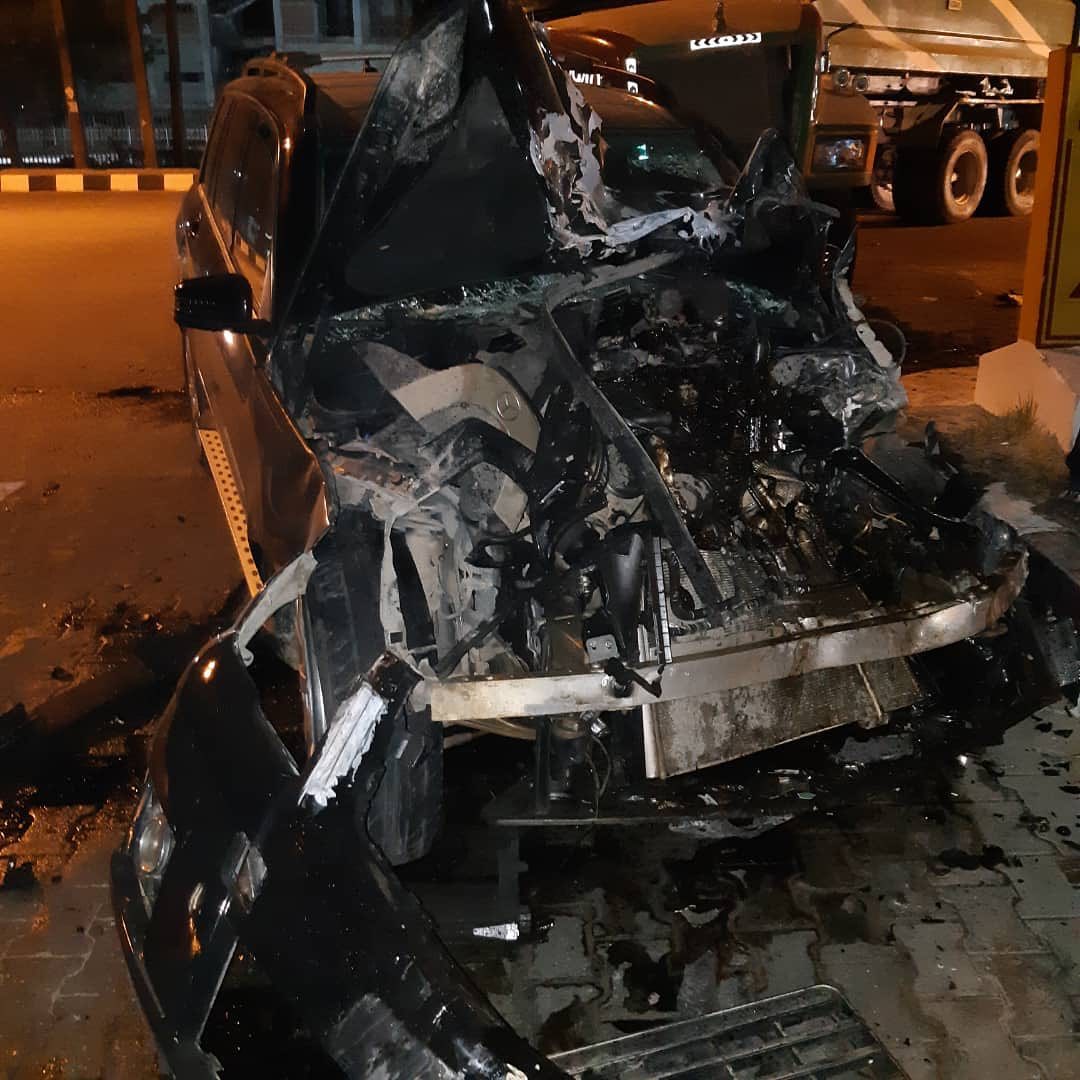 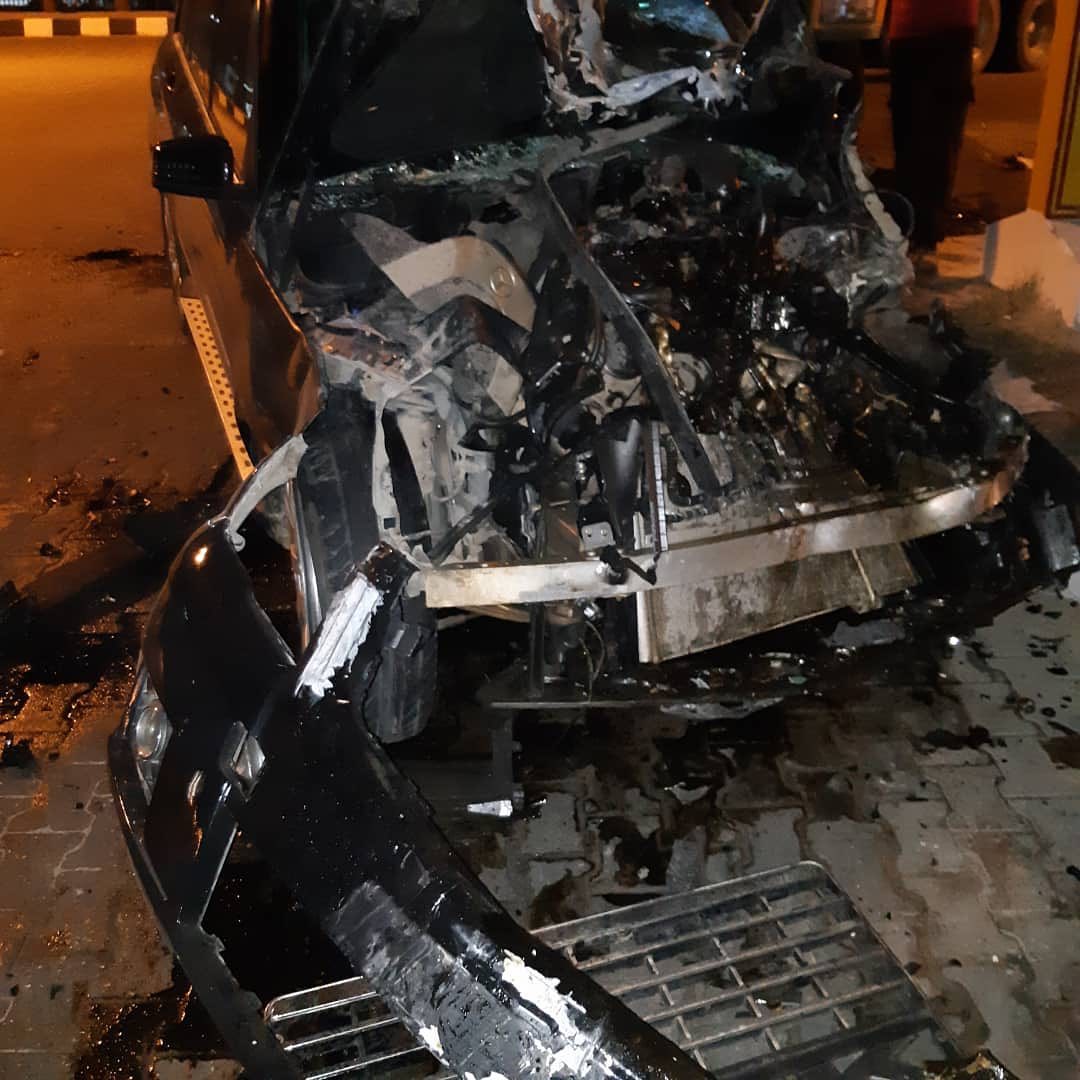 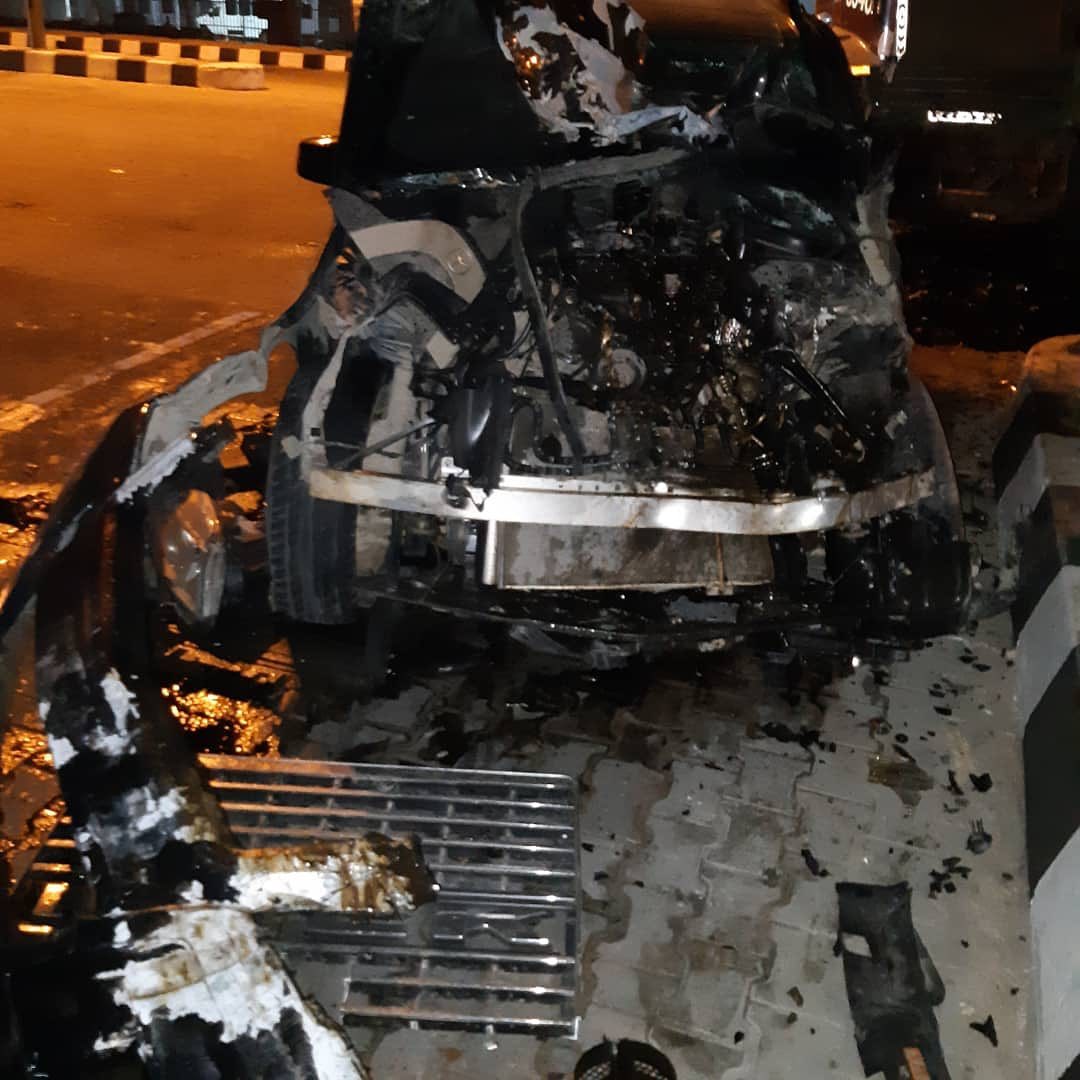 In another news, the drama between billionaire’s daughter, DJ Cuppy and singer Davido’s aide, Isreal Afeare continues as the popular disc jockey’s lawyers has written to Isreal DMW demanding an apology from him over his claim that Zlatan didn’t make any money from their hit song, ‘Gelato’.

WITHIN NIGERIA reports that Cuppy accused Isreal DMW of defamation of character and has began legal proceedings against him, after he said on Instagram that Zlatan didn’t make a dime from his collaboration with Cuppy.