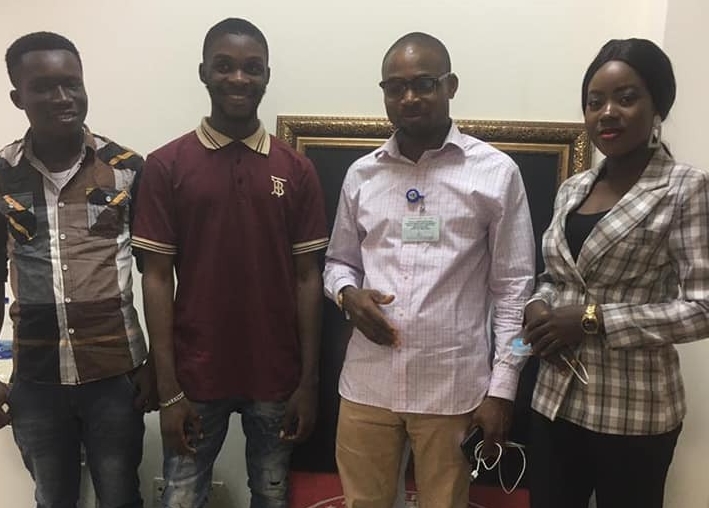 After being released, the young Benue barber, who was apprehended in Kano state for blasphemy has opened up about the controversial hairstyle.

Weeks ago, Elijah Odeh, from Adum East, in Obi Local Government Area of Benue State, was arrested for giving his customers haircuts deemed offensive to Islam.

Odeh stated this on Thursday during his visit the to Senator Abba Moro, at his office in the National Assembly Abuja.

Speaking during the visit, Odeh said he was overwhelmed by the show of love for him by Senator Moro and all the people who stood up for him.

On his arrest and detention, he said he did nothing wrong. Elijah stated that the hairstyle he designed on his customers’ heads was only a Versace design, that it wasn’t anything to anger anybody or group of persons. He said he felt really bad but now happy because of the love shown to him by people he least expected.

The senator was represented by his aide, Emmanuel Eche-Ofun John, as Abba Moro had to leave after waiting for two hours for the team to arrive from Kano state. 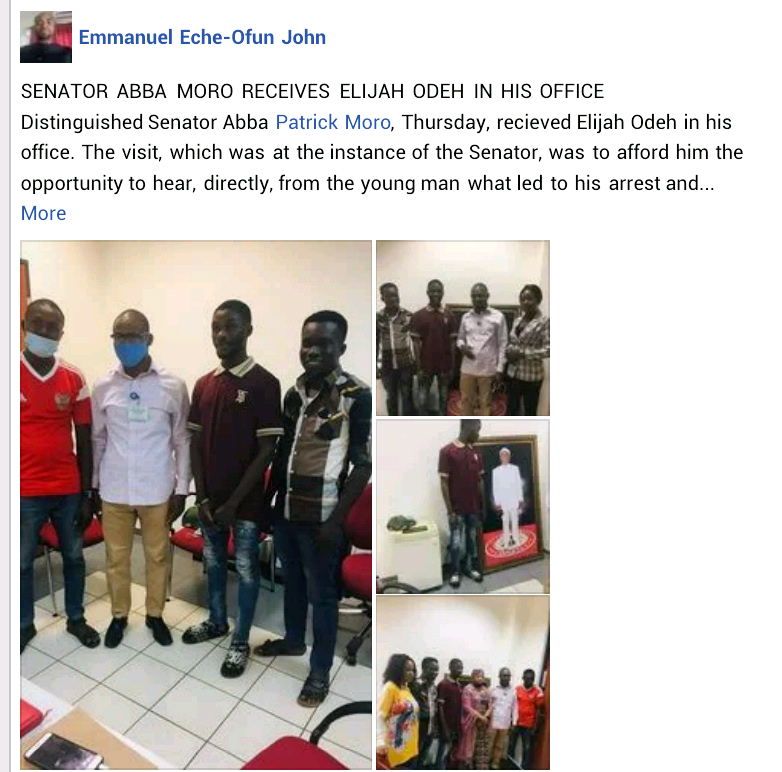 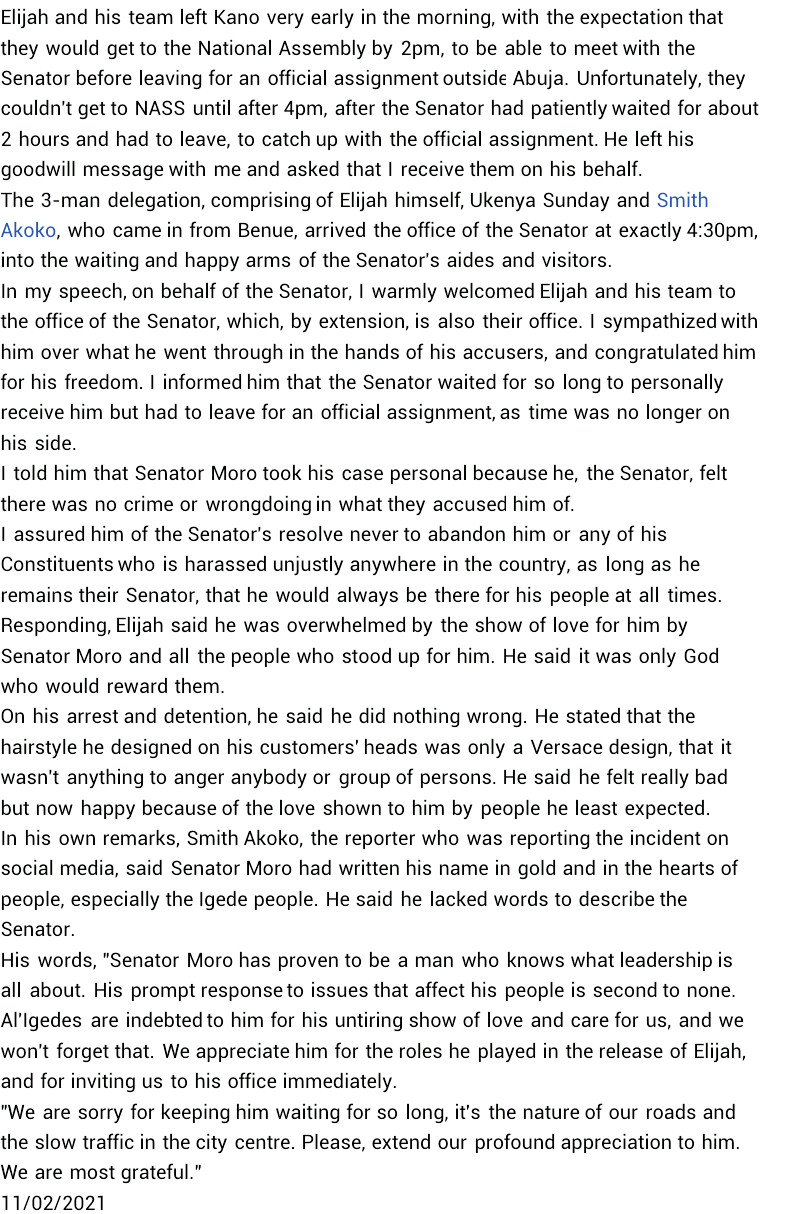