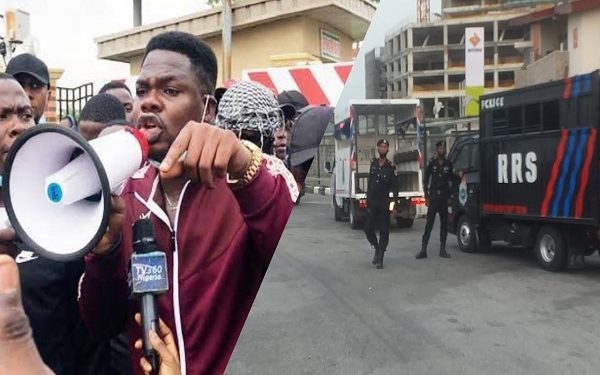 Macaroni joined the protest against the planned reopening of the Lekki toll gate following alleged killing of protesters on October 20, 2020.

He was seen in a video he posted in a police van.

Mr macaroni has been apprehended. He is currently in a Black Maria van at #Lekkitollgate
all because he was broadcasting the event live on his IG page #EndSARS pic.twitter.com/rMK3UnVr0N

WITHIN NIGERIA had earlier reported how dozen of protesters were arrested at the lekki toll gate.

Recall that armed police officers on Friday embarked on a show of force across the city, reiterating its call for protesters to stay away from the tollgate.

While on Saturday morning, dozens of armed police officers were stationed at the tollgate awaiting any protesting group.