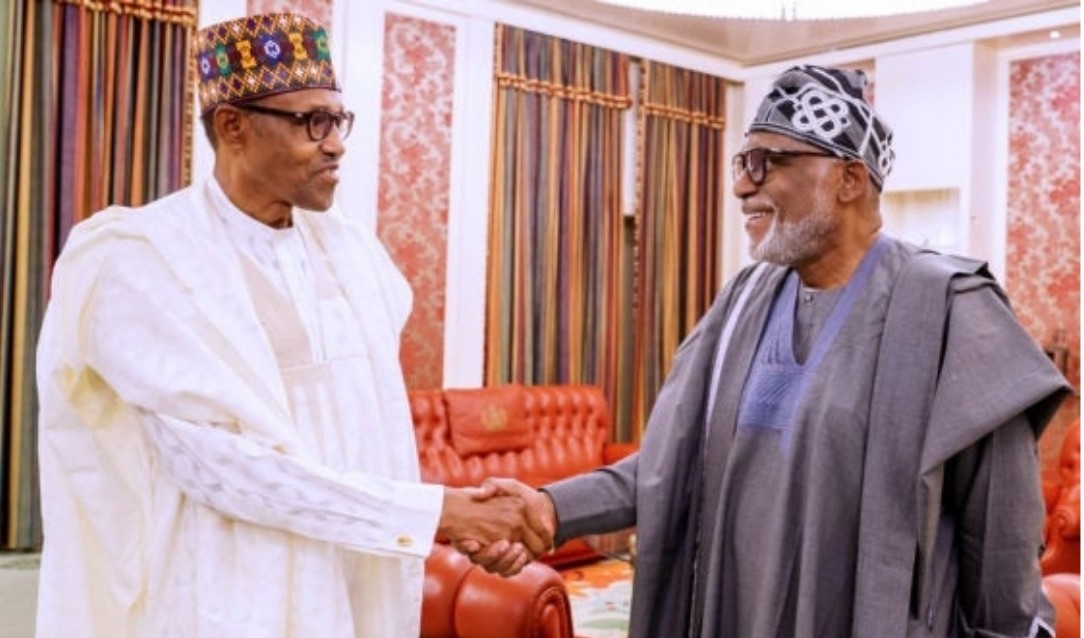 Akeredolu to Buhari: Tell Nigerians you do not support criminality

The Executive Governor of Ondo State, Rotimi Akeredolu on Monday disclosed that he will never support people taking law into their hands.

This disclosure was made by the Ondo state governor, Akeredolu while speaking on Monday in an interview on Channels TV.

He said most of the criminal herdsmen caught in Ondo State were speaking “Fulfude”.

Akeredolu said: “Essentially in Ondo State is our discovery of criminal herdsmen who were using our forest reserve to perpetrate crimes and we said look we cannot stay by and watch things happen this way. People were kidnapped. We’ve been debriefed by all of them, and we know people who took them.

“If you’re not licensed to be in the forest, then you’ll be taken to be doing illegal ventures, that’s where we stand.

“My duty does not include profiling those who come into the country, but all I know is that those perpetrating these crimes speak common language. Whether they are foreigners or from here, it is a matter of police to go after them and identify them..

“What we had from those who have been debriefed is that they spoke the language that were clear to them, Most of them were speaking Fulfulde and that is clear, this is a common language spoken across the length and breadth particularly in West Africa and some part of North Africa, so how did they come here?, one of our major problem is when we have issues of this nature, and we have Miyeti Allah. If they are not your members, there is no need to defend them.

Akeredolu, who is also the Chairman of the Southwest Governors Forum, said: “What we expect from Mr. President is for him to come out and let Nigerians know that he does not support criminality. He once said, if you find anybody with arms without a license, they should be arrested. Security agencies must be at work without rest. Everyone has said no to open grazing, then the law should follow.”

Akeredolu berated Bauchi State Governor Bala Mohammed, saying he did not speak like a “statesman”.

He said: “Bala Mohammed has not spoken like a statesman. How can you come out to say people should come out and carry firearms (AK-47) when it is illegal, people are not licensed to carry guns?

“Bala Mohammed has only added more petrol to the fire. No governor should speak that way, so I should ask my people to carry guns? Statements like that must be condemned and I condemn it.”