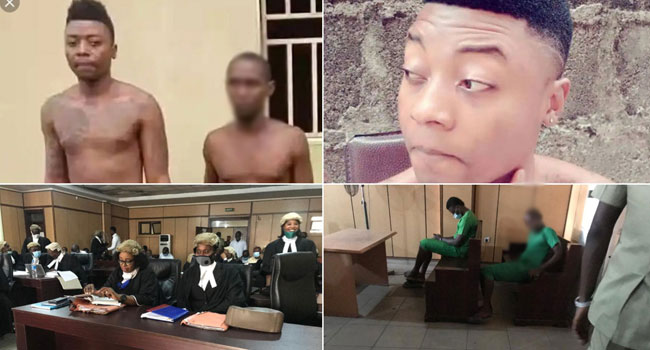 One Sodienye Mbatumekeke has been sentenced to death by hanging by a Rivers State High Court sitting in Port Harcourt over the murder of a Jumia delivery agent, Chukwuman Eleji.

Trial Judge, Justice I. P. Chigoezi-Igwe in his judgment, held that the prosecution team was able to prove their case and convince the court that Mbatumekeke committed the crime.

Justice Chigoezi-Igwe ruled that even though the convict is rejecting the confessional and extra-judicial statements he made, “it is weighty enough to prove that he murdered the Jumia delivery agent.”

The Judge also found him guilty of the second charge which is armed robbery, just as he described the murder of the Jumia delivery agent as unlawful and gruesome, saying that the sentence will serve as a deterrent to others.

The Court Judge, however, discharged and acquitted the second defendant, Divine Naabe of murder and robbery, saying there are doubts in the evidence provided by the prosecution team to find him guilty of committing the crime.

Speaking to newsmen outside, Counsel to the convict, Bonaventure Ugwu, faulted some of the basis for the conviction, insisting that they will certainly appeal against the decision of the lower court.

On his part, the Director of Public Prosecution, Ibiene Mbano told newsmen that the judgement is a welcome development.

Sodienye Mbatumekeke was said to have killed the Jumia agent, Chukwuma after refusing to pay for an iPhone he purchased on the basis of Pay-on-Delivery around Ada-George area of Port Harcourt, the Rivers State capital.