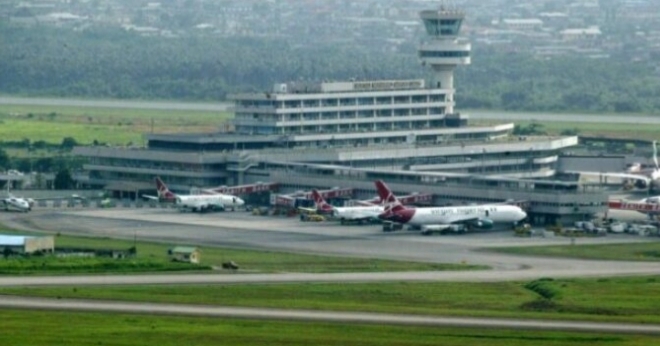 The temporary closure of runaway 18R/36L at the Murtala Mohammed Airport, Lagos has been announced by the Federal Airports Authority of Nigeria.

According to FAAN, the closure was due to a landing incident involving a Boeing 737 Azman Air aircraft with registration 5N SYS, and flight number ZQ2325, that had a tyre burst after landing on the runway.

The agency also noted that all passengers and crew on board the aircraft were safely evacuated at 1908 hours, and officials of FAAN air rescue and fire fighting services, AIB and NAHCO are already working to ensure the aircraft is towed out of the runway, so as to restore normalcy.

In other news, WITHIN NIGERIA had earlier reported that Workers at the Nnamdi Azikiwe International Airport, Abuja, on Monday staged a protest against plans by the concession plan of the Federal Government for Nigeria’s four major international airports.

Employees under various unions in the aviation sector vowed to resist the moves by the Minister of Aviation, Hadi Sirika, to give out the Lagos, Abuja, Port Harcourt and Kano international airports on concession.

They argued that the identified airports were the most profitable in Nigeria and the concession of the facilities would lead to job losses and vowed to down tool if the concession process continued.