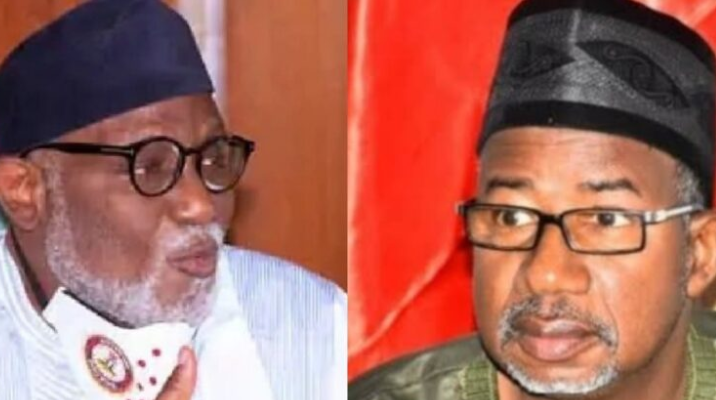 The Executive Governor of Bauchi State, Bala Mohammed has reacted to statements credited to Governor Rotimi Akeredolu, saying Nigerians don’t need the permission of any state governor to reside in their states.

According to Bala Mohammed, Nigerian citizens don’t need the permission of Rotimi Akeredolu, who is the governor of Ondo state and also the Chairman of the South West Governors Forum, to live in the forests in the South-West states.

The statement was made by the Bauchi State Governor, Mohammed while speaking on Friday, Feb 19, on Channels Television’s ‘Sunrise Daily’’ programme.

This comes after Rotimi Akeredolu called Bala Mohammed out for saying Fulani herdsmen carry AK47 rifles to protect themselves since the government isn’t protecting them. Rotimi Akeredolu said Governor Bala is unfit to be in public office.

Rotimi Akereolu had also ordered all herdsmen to vacate the Ondo state forest reserves or register with the state government, a move that received criticism from the presidency and some northern governors.