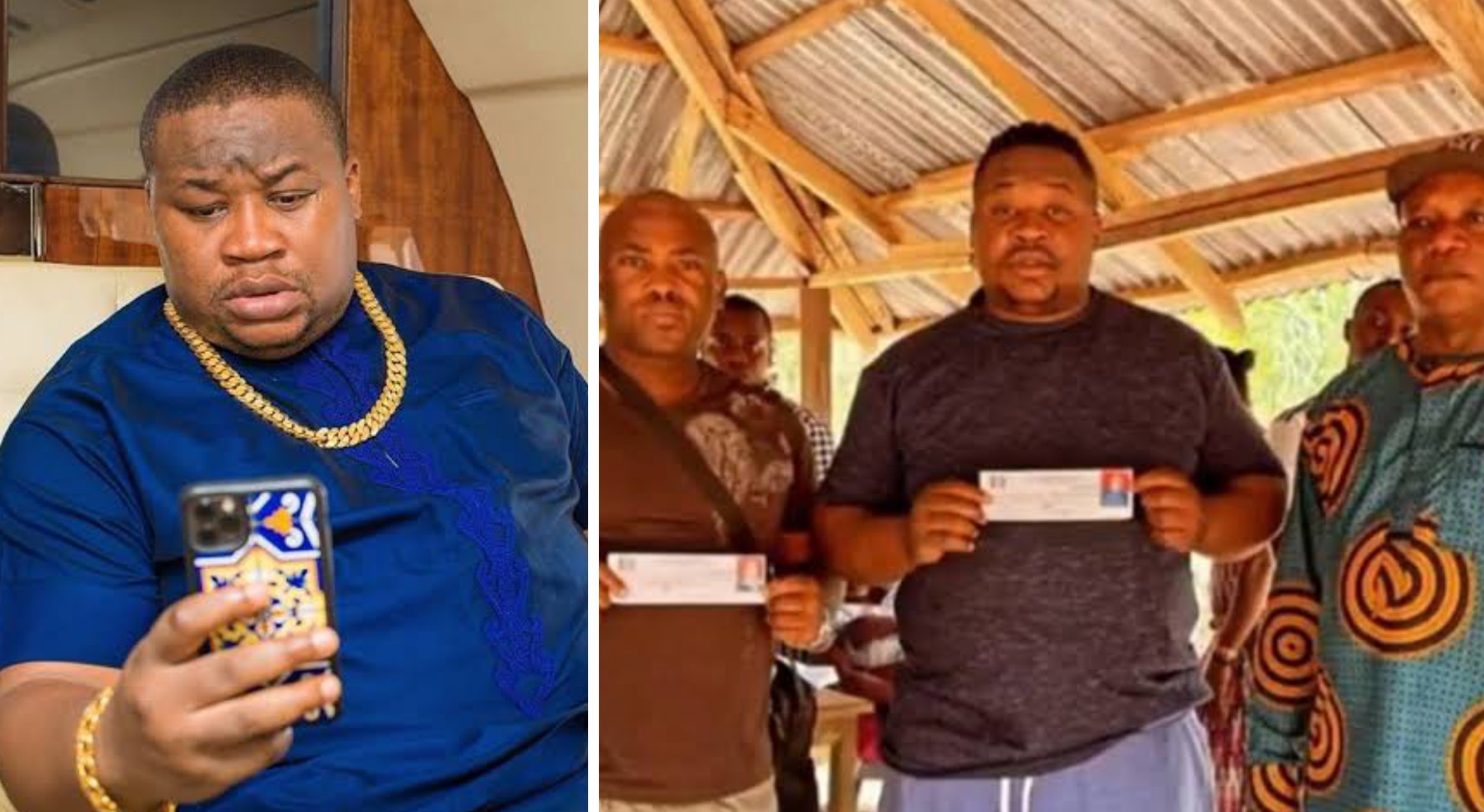 Recall that the All Progressives Congress (APC) had begun revalidation and registration exercise across the country which has seen many members decamp from other parties to join the ruling party.

The Instagram celebrity was seen in a video paper thumb printing on the APC’s form.

Cubana Chief Priest was the barman at Cubana nightclub.

In September 2020, he ended his relationship with his boss, Obi Cubana.

He runs his own nightclub named De Angels Bar and Grill in Owerri, the Imo State capital.