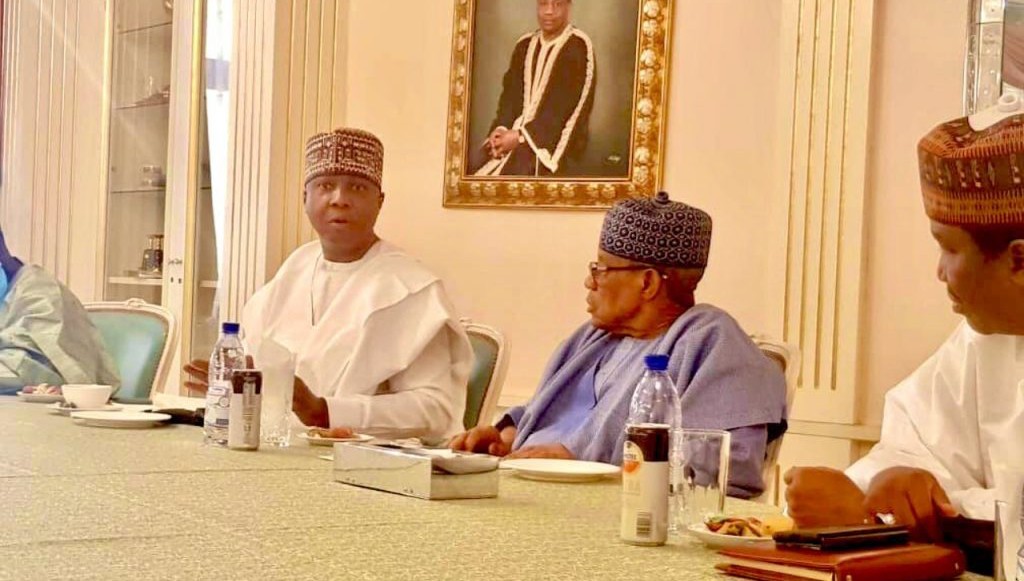 The Reconciliation Committee of the People’s Democratic Party (PDP) on Friday paid a visit with former Military President, General Ibrahim Babangida assuring him and other members of the party of the confidence of reconciling all aggrieved members of the party.

The Committee entered into a closed-door meeting with the former military president which lasted for an hour.

Speaking to newsmen after the meeting, the Chairman of the PDP Reconciliation Committee, Senator Bukola Saraki said General Babangida was briefed about the steps taken by the committee so far in reconciling aggrieved individuals within the party.

“We are here as members of the PDP Reconciliation and Strategic committee as part of our nationwide consultation with our leaders which we started at the beginning of the week.

“We planned to start with former Presidents and founding Fathers of PDP. President Babangida is one of the founding fathers of PDP and someone we all respect.

“We briefed him on the steps taken and efforts made in reconciliation in the party. We seek for his support, advice and guidance,” Saraki said.

The former Senate President called on members of the PDP to have faith in the committee and their recommendations adding that they will not allow the recommendation to be tampered with.

He assured the members of the PDP that the committee would do a job in reconciling members that they will be proud of.

“We appeal to our members to keep their faith in us, given the opportunity for us to finish our work. Those who are aggrieved should be patient, we will get to them. We are confident that we will do a job that they will be proud of and we will ensure that our recommendation is implemented.”

The Committee then paid a private non-political courtesy call on General Abdulsalami Abubakar and proceeded to the Government House to condole the state Governor on the recent abductions in the state.