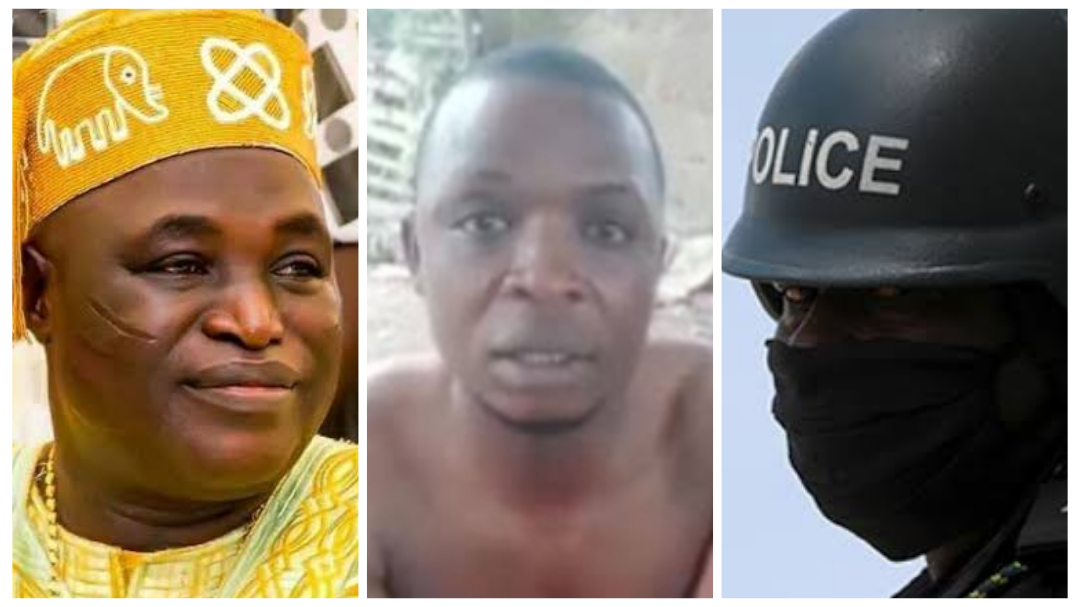 Ede, an ancient town in Osun state is in a state of hesistancy and complex bewilderment. People now marvel when a day ended without chaos, perpetual destruction and loss of lives. These people who cause havoc on daily basis are not external enemies nor natives of other towns who are interested in land grabbing. They are self-inflicted foes of the town who are currently holding the grip of every resident of the town. They have held it for so long, making life unbearable for both young, old, rich, poor, elite and common people of the town.

This new development is very sad, pathetic and awesomely demeaning. When it all started, some analysts thought it would end soon but they were wrong. To every bereaved family, they still sing song of sorrows and a lot of people still dance to the melodies of misery and regret.

The very first time I heard about the attrocities committed by a group of people making life unbearable for residents of Ede, I was not surprised. I spent more than five years in Ede. I was an active resident who had working and beautiful relationship with the people of the town. Before the war of interest and power struggle starts, Ede was actually a relatively peaceful town when compared to some towns in the state. Truly, the town has its own share of violence in the past but those violent events were not as pronounced as the recent ones.

I could remember when I was a fresh student at the Federal Polytechnic Ede. Together with my close friend, Owolarafe Sheriff, we would walk from our hostel to the school around 6pm and trekked back to the hostel around 12pm. There was a time I was immaturely in love with a coursemate. We would circumnavigated the entire lecture halls and walked across dark areas in our search for my female coursemate I was in love with.

Sometimes, she would leave school around 11pm after night class and we would watch over her as she trekked slowly to her apartment and later walked down to our respective hostels. That was how peaceful Ede was then. There was no fear for cultists or unexpected cult attacks or possible intimidation. Throughout my five years in Ede, there was no night I walked down to my apartment and met any group of unidentified men or women.

The people of Ede are peaceful, tolerant and understanding. I was lucky to spend three months with an indigene of the town when I got admission to study geological technology at the federal polytechnic. They loved, cared and value me. They treated me with respect and I was always eager to finish lectures and go home. Where they live was not a house, it was a home for me.

I have had personal and communal projects with the people and attended several programmes inside the ancient, the people of Ede are very accomodating, hospitable and homely. They are simply the best of humans to relate with. The town is blessed with a lot of educated people who have excelled in various fields of academics. But why?

I have read several analysis and reports on the prevailing attacks by some distrunted people in the poor town. These analysis were beautifully crafted but it still does not provide answer to how and why these attacks are taking place. I could remember vividly when a local thug known as Elemo was killed and his corpse was taken to the palace of his Royal Majesty, Timi of Edeland. This incident raised a lot of dusts and they were reprisal attacks too. When the atmosphere became calm, they were a lot of suggestions that could drastically reduce thuggery and cultism but they were ignored and that was the beginning of the menace.

Another sad and terrible event occurred in 2014. A reckless truck driver killed a polytechnic student while driving carelessly along a narrow road. The hit and run driver ran away and some aggrieved students burnt the truck in revenge. Before the burning of the truck, some natives mostly kids and youths displaying charms surrounded the vehicle and vowed to injure and possibly kill any student who dare to come near the truck.

Students were attacked, female students were raped, hostels were invaded, foodstuffs and valuable items were stolen. It was a very long night. The entire polytechnic community was in a complete state of mess. I wrote a very lengthy article after the disturbing incident and warned the entire community of the looming danger ahead. They ignored my warnings and now the danger is already manifesting.

Some strange occurences started in public schools situated in Ede. A wide range of young students exhibiting occultic behaviours, issuing threats to seniors and teachers. I could remember during examination periods where some young students attacked polytechnic students who came to their school to read. They allegedly injured and raped some female students. Worst events happened; community leaders kept quiet and everybody acted as if nothing was wrong. Affected families including their friends accepted their fate.

Ede is not strange to land grabbing. Most youths who are now violent thugs were once patronised by some affluent people in the town. They give them weapons, ask them to fight their opponents and make life unbearable for their supporters too. Sometimes, they consult herbalists, Alfas and prophets to make them strong men so that they could become undefeatable. They build them up for destruction, enjoy the wealth but fail to recognise that there will be consequences.

Popular street boy, Rasheed Oko-Ilu who has been declared wanted by the Nigeria Police Force is no a doubt a mirror of criminalized section of Edeland. The attrocities of people like Rasheed Oko-Ilu and other ‘street boys’ like him were ignored till they became terror. They allowed them to grow, watered their excesses till they became uncontrollable. Now, they have become hardnuts for the Nigeria Police to crack. According to reports, Oko-Ilu has engaged several policemen and escaped many manhunts too. When police declared him wanted, I read the charges levelled against him and wondered how he was allowed to grow to his current level.

Let me state it clearly that any attempt to reconcile Rasheed Oko-Ilu with the community is dangerous and ridicules the capacity of security agencies to enforce law. It also suffocates justice and people who are pushing it forward should bury their heads in shame. There can not be true peace without true reconciliation. Attimes, true reconciliation can only be achieved when there’s true and equal repetance. Both the Alfa and king are not direct victims of Rasheed Oko-Ilu and his gang attrocities. People who lost their loved ones and properties deserve justice and they can only get it through courts.

These people including Rasheed Oko-Ilu are terrors. They have engaged in a lot of deadly activities that claimed lives and destroyed properties. They have spoken loud and clear. They must be arrested, investigated and subjected to trial in a competent court accordingly. For every crime, there is an equal punishment. The claims Rasheed Oko-Ilu raised must be investigated. If Rasheed Oko-Ilu is pardoned and taken through the back door for reconciliation, it will clearly be a bad precedence and it will send a wrong signal to the innocent public.

There will be more Rasheed Oko-Ilu. Young boys will grow to become one. There will be more killings and destructions. Oko-Ilu and his cohorts are not greater than the law and they can not be greater than our criminal justice system. Together with people Oko-Ilu mentioned, Nigeria Police must find them and get them prosecuted. This will pass a message to intending political touts and thugs that they can not get away with crime. May God in his infinite mercy console the families of the dead ones and shower his blessings on those who lost their properties to the menace.

Insecurity: Over 3,000 children out of school in Katsina communities - IDP chairman