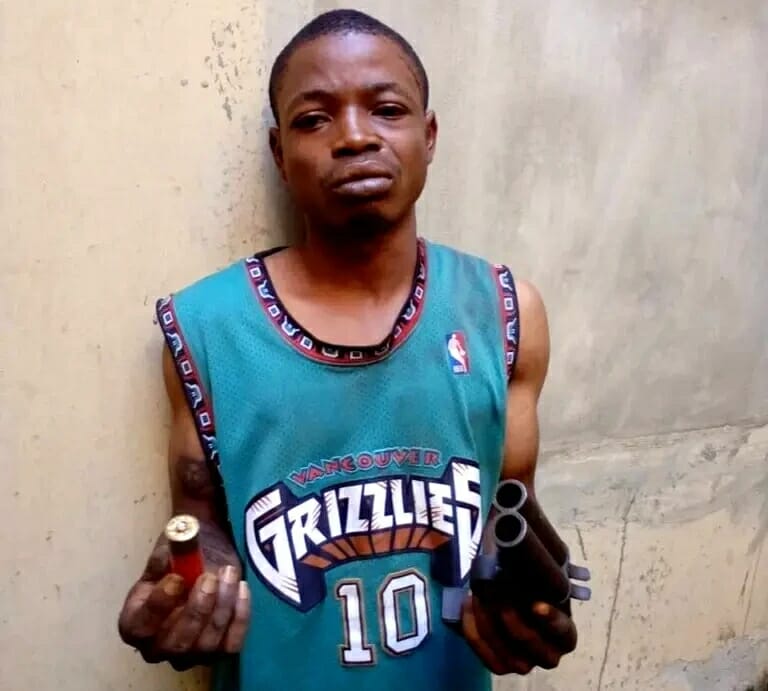 A notorious member of the dreaded EIye confraternity, Esuruoso Tunde, was in the early hours of Monday, arrested by men of Ogun State Police command while attacking lodgers at LADIS hotel, situated at Ebenezer junction, Obantoko area of Abeokuta.

The suspect, according to a release by the command image maker, Abimbola Oyeyemi, was arrested following a distress call received by policemen attached to Obantoko divisional headquarters, that the said hotel is under attack by suspected cultists.

Oyeyemi said, “Upon the distress call, the DPO Obantoko, SP Ignatius Alimiekena, mobilized his patrol team and moved to the scene”.

He added that ” the hotel premises was then cordoned off by the policemen, making it difficult for the hoodlums who have mingled with customers to get out of the premises”.

“Search was properly conducted on everybody in the premises and a locally fabricated double barrel short gun with one expended cartridge was found on Esuruoso Tunde”.

“On interrogation, the suspect confessed been a member of Eiye confraternity, and that the gun was handed over to him by one of his colleagues simply known as “Scatter”.

Meanwhile, the State Commissioner of Police, Lanre Bankole, has ordered the immediate transfer of the suspect to anti-cultists section of the state criminal investigation and intelligence department for discreet investigation.

He also directed that his other accomplices must be hunted for and brought to justice.

The CP, therefore, warned hoteliers to be wary of those they will be accommodating in their facilities, saying that any hotel found to be harbouring criminals will be decisively dealt with in accordance with the provisions of the law.