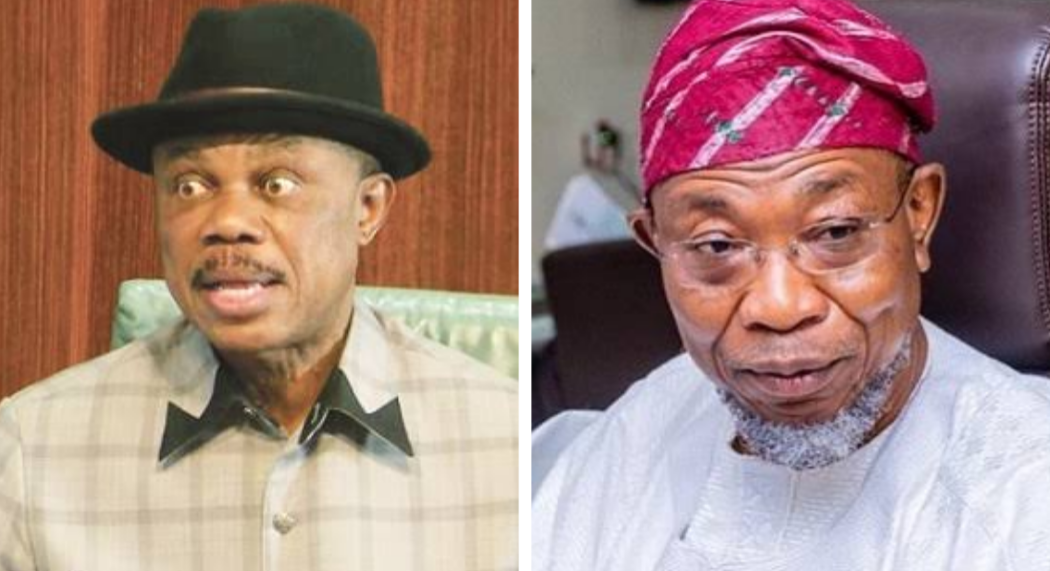 It is interesting to note that each time a major political shift occured in our fragile system, it tends to expose politicians especially those in higher offices to some life lessons. As many as these life lessons are, most politicians take them with levity hands and allow the temporal ‘grace and favours’ associated with their respective offices to becloud their senses. Nigeria’s public officers only believe that for every beginning, there is always an unpredictable end but they do not work towards it.

Nigerian politicians do not learn. They act as demi-gods while in power and completely forget that it has an expiry date. They do not remember that the same ladder they climbed to the top would still be used to come down. They act like prodigal sons, take actions without deep thoughts, allow themselves to be surrounded by people who are interested in temporal favours associated to their offices. At the end of everything, they exist alone sometimes in their narrow window of existence and value.

There is no change in sight. It is expected that the new ones should learn from the fall of their predecessors rather they are worse and one wonders if our politicians learn at all. Besides power intoxication, most public officers exploit and steal crazy funds to sustain their expensive lifestyles after office and wants of some followers. We need to strengthen our institutions and provide sufficient resources to checkmate the excesses of public officers. I believe if we do not allow them to steal at will, they would be able to reflect on life about office.

I have witnessed the exit of public officers from corridors of power especially councillors and council chairmen in their worst forms. Power is not a long-time friend of human. It leaves unexpectedly and surprisingly makes one an orphan. I have watched how top public officers become orphans too. Whenever I see any public officers carelessly displaying temporal favours and grace he or she is enjoying, I just nod my head in pity because I know power can be “Aba hotplate” sometimes, it does not last.

Power has its own way and manner of leaving its holders. When power is friendly, it leaves its host with time but when power is harsh, it leaves it host unexpectedly. The way power absconds Nigeria public officers should be studied and documented. Recently, I was surfing the internet to download some documents and videos for research purpose. I randomly switched to the video section to watch a particular video but ended up spending hours as more interesting videos surface. I was about to leave the section when one video popped up and it caught my attention. The video was probably recorded at one of the Afenifere’s meetings.

This particular meeting has the attendance of Yoruba leaders such as former governors, present governors, former National assembly leaders, community leaders, Afenifere excos and more. Rauf Aregbesola who was the governor of Osun as at the time of recording took over the microphone, made an attempt to blast or mock some leaders who were not in the progressives fold but was cautioned by the moderator and fellow governors. Former speaker of House of Representatives, Dimeji Bankole later took over the microphone, acknowledged Rauf Aregbesola as his elder brother and clearly stated that “Power is transient, nobody will hold power for long”.

When Dimeji Bankole told Aregbesola that power is transient, many would have opined that the former speaker of House of Reps has probably taken a job in the ministry. Dimeji, the son of Bankole is not a prophet nor philosopher. Life after office has happened to him and he now understands power better. The doors of places people fight to open for him when he was the speaker of the green chamber can no longer be opened by his own hands. He knew how pathetic one could feel when power vacates its host. That was why he was not angry but advised Aregbesola to calm down because power is transient.

Few years later, the tenure of Rauf Aregbesola as governor of Osun state ended. Aregbesola became a complete stranger in the same governor’s office he acted as landlord. In a column titled ‘Aregbesola and his messages of trouble’ published in WITHIN NIGERIA on 8th June, 2021, I narrated how Aregbesola publicly decried the desertation that followed his exit from power. I wrote: “When league of Imams and Alfas turbanned him as the Amirul Wazirul-Muminina of the state in Osogbo, Aregbesola mounted the podium, felt disappointed with the state’s absence, probably retinue of loyalists who have switched sides and bitterly made a short but thought provoking statement and ended it with “Eyin Nu Olohun Nu”. His utterances unsettled camps within the party, the political atmosphere in the state became tensed before subsequent events took over”.

Some days ago, Aregbesola came to Osogbo to commission the Federal Housing Estate projects. The state government was ably represented by Hon. Nathaniel Agunbiade, who is the commissioner for Lands. When Aregbesola saw Hon. Agunbiade at the event, he comically said he has not set his eyes or received a call or message from Agunbiade ever since he left the corridors of power. Recall that Hon. Nathaniel Agunbiade, one-time loyalist of Rauf Aregbesola once served as a federal lawmaker representing the good people of Ijesa North Federal Constituency from 2011 to 2015.

Truly, power has its own way and manner of leaving his host. The former governor of Anambra state, Willie Obiano vacated office in the most surprising way I have ever seen. Willy as fondly call was still a sitting governor when core loyalists deserted him. Besides the clerics in robes, the people who attended the valedictory service can not be more than 15. No commissioners, no special advisers, no personal assistants. Only Willy, his wife and close relatives attended the valedictory service while the thanksgiving ceremony organised by Soludo was filled to the brim. That is the nature of humans and the manner at which power decides to vacate Willy. As I watched the video, I observed that Willie Obiano was not happy as well but he was calm and the ‘dancing steps’ of his beautiful wife could have calmed him too.

Barely 24 hours, his beautiful wife received a dirty slap from Bianca, wife of former Biafran leader, C. Odumegwu Ojukwu. Willy, who left the event after the ‘slapping session’ ran into operatives of Department of State Services (DSS). He was arrested and handled over to the EFCC, anti-graft agency. Some hours later, a video of Willie Obiano drinking bottle water at the EFCC custody surfaced on the internet. He was alone, looking sheepishly and uncomfortable. Power can truly be harsh sometimes.

Public officers should learn from these situations. Power is truly transient. If you know any public officer who allows the temporal favours and grace he or she enjoys to becloud his or her sense of reasoning, kindly forward this piece to him or just remind him or her that power is transient and how we use it really matters. You can not use power carelessly and expect it to treat you carefully.