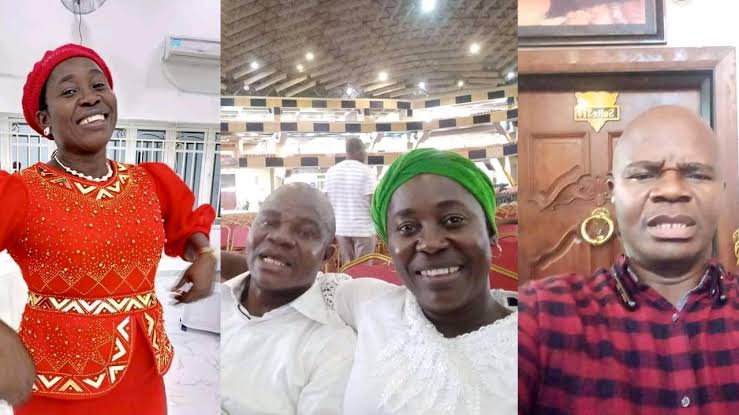 The death of popular gospel musician, Osinachi Nwachukwu who reportedly died as a result of chest pains inflicted on her by her abusive husband left many in great shock last week.

Recall that the singer, who shot into the limelight with the hit “Ekwueme“, which has been watched 72 million times on YouTube, died in an Abuja hospital.

Findings from the sister of the deceased had revealed that, the Minister died as a result of a cluster of blood in the chest from the kick she got from her husband, Mr Peter Nwachukwu.

The sister had exposed all the ‘inhumane treatments’ her sister got from her husband, before her untimely death.

There were also several claims that Peter had been beating and maltreating Osinachi and that she had been dying in silence for so long.

But while many social media users continue in criticizing the late Minister for not leaving the marriage despite being abusive, the biblical side of her ordeal worth analysing too.

Commonsensically, it sounds so foolish and eerie being in an abusive marriage and still keep it on.

ANALYSING THE BIBLICAL SIDE

However, the other side of her ordeal may have been the “God’s mind” factor which, no doubt may be her major test of faith to entitle her a golden crown in heaven.

The question is, when God used people to show his mightiness, did he use comfort or trials? The answer is trials—God’s most used tool.

“Lord, mold me the way you want”

“Do to me what you want” just as Dunsin Oyekan’s song.

How many of those who claimed to be bondservants like Apostle Paul have broad understanding of these prayer points?

They are not mere words, they are powerful prayer points. They are prayers to be said at a point of sincerity with God.

God can use trial to mold his own. God can decide to do anything with his own, he is very jealous and can do anything just to keep his sheep.

We read about the stories from the Bible of people God used. He entrusted Job, Joseph, Daniel, Moses, David, Isaiah, Paul and many others with major trials.

Most of the people we remember faced great trials.

In fact, we remember them because of how they faced their trials. Had they never faced a major trial, we probably wouldn’t know their name.

That was why Paul said that “through many tribulations we must enter the kingdom of God” (Acts 14:22).

The only different with that of Osinachi’s was that she died after being tried, the scripture teaches otherwise.

God has promised his own that no temptation will come upon them except what is common to humanity and that he is faithful; he will not allow them to be tempted beyond what they are able, but with the temptation he will also provide the way out so that his own may be able to bear it.

Then, many will still ask, if Peter, her ‘devilish hubby’ was a test of faith for her, then why did she die while being tried?

In a similar fashion, Stephen a very upright man faced great tribulation too and he died during the course of his tribulation, as stephen was being stoned to death, he saw God and Jesus standing at his right side. Then Stephen said, “I see heaven open and the Son of Man standing at the right side of God!”. A confirmation that he was with God.

One thing about marriage in Christianity is that nobody drop the shoe or remove it at any point no matter how painful.

Being a vessel, it would have been so difficult for Osinachi to quit the troubling marriage.

There are point of crossroads in Christianity that one will have to make a very strong decision alone (Only you and God), a point where wolrdly counsel may no longer be important.

In the other way round, the bible only gave divorce as an option, citing ground of infidelity.

If Minister Osinachi had taken a lone decision to leave her abusive hubby, many people in her church and even online would have dragged and labelled her an Adulteress.

She may lose her spiritual warfare, some endorsement, ministerial honours but would still be alive.

The mother of four children may have lost her ground with God and still be blasting in different tongues, performing sign and wonders in churches.

To be a true Christian, you don’t set standard for God. The standard is the holy bible.

Her divorce alone could have weakened several believers who are in the same shoe.

Moreso, there are different kind of grace for man, not everybody will receive the David-like of grace.

At times, our lone decisions may not be able to convince the human logic but once God is present in every decision, it doesn’t matter what people will say, there are reward for them when obeyed, even if the reward are not earthily but heavenly.