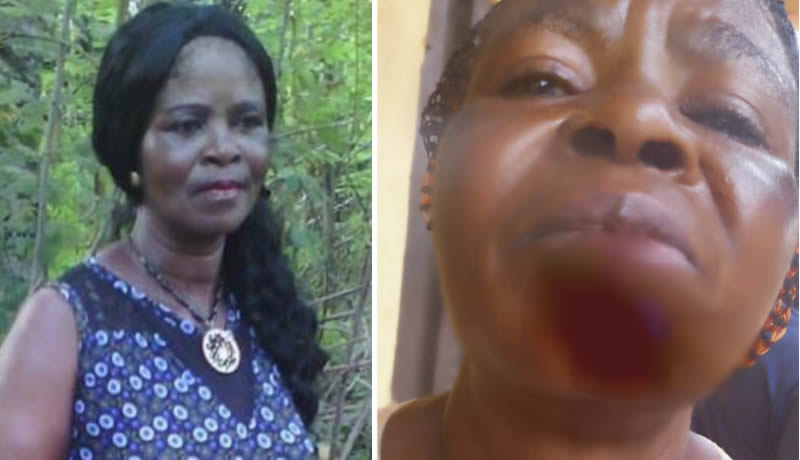 Obioma also accused that his mother, a victim of domestic violence was always subjected to torture by his father, Ezeji Sanjo mostly over trivial matters.

While speaking with WITHIN NIGERIA via a telephone interview, the 24-year-old man said his father, Ezeji who is a resident of Umuoyaa Otulu Ahiazu Mbaise in Imo state married her mother as a second wife in 1984 which was the beginning of her torturous journey as narrated by his mother before she died.

Obioma said the first wife of her father who gave birth to five children also died as a victim of domestic violence which was relatively less when compared but his mother was responsible for the upkeep of all the eleven children and his father too after the demise of the first wife.

‘My mother had eight pregnancies for him but she lost two owing to torture and maltreatment she passed through. Both my father and his first wife really made her suffer. There was a time I told her to leave the marriage but she insisted that she would not leave her home. I am really depressed, he added.

When asked about the nature of his father’s work, Obioma said his father is jobless and always depend on his wives especially his dead mother for survival.

Obioma told this reporter that one of children of the first wife also contributed to the menace by frustrating his mother who happens to be the second wife.

The duo would jointly beat her up till she fainted. They would threaten to kill her and maintained that nothing would happen if they eventually did. I witnessed a particular incident where one of his eldest son and the first wife beat her up till two front teeths got removed, the 24-year-old man added.

While bittterly complaining about the painful loss of his mother, Obioma revealed that the last violence that made her life worse till she died happened around December last year.

Obioma said his mother was beaten by his father and started vomiting blood after Easter Sunday as a result of conflicts they had. She was rushed to Cecilia Memorial Hospital Ogbe Ahiara Ahiazu Mbaise. She later died on Thursday morning after she did not respond to medical treatment.

According to Obioma, his mother called him and other siblings on Easter Monday to inform them about their father’s threat to kill her and how he (his father) does not care about the plights of the sick mother.

‘I am appealing to Nigerians to come to our rescue. Personally, I want justice for my mother and that is why I have come to the media to assist us by informing people about what my dear mother went through. Whenever I remember, I shed hot tears because she is gone, a rather sad son said.