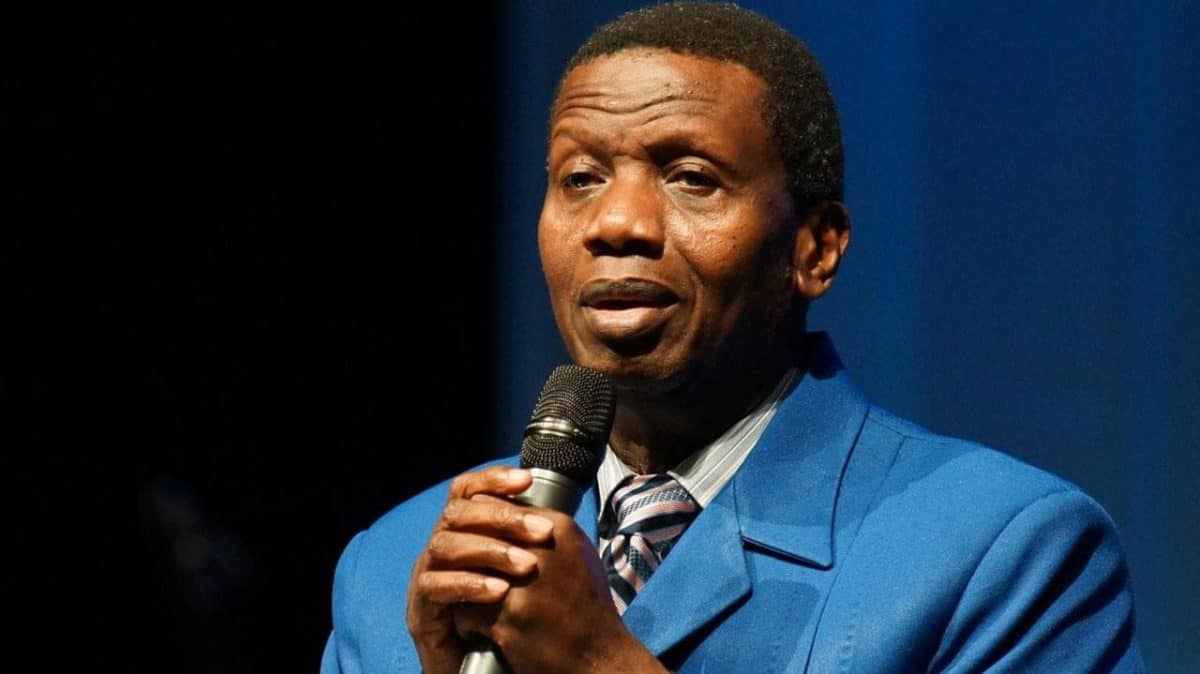 Pastor E.A. Adeboye, the General Overseer of the Redeemed Christian Church of God has cautioned that any individual that blasphemes Jesus will taste the wrath of God.

This was made known by Adeboye while speaking to his congregation at the RCCG monthly Holy Ghost Service for the month of July, which was held late Friday/early Saturday.

Adeboye made the comment as he reacted to the recent attacks and killings targeting churches and worshippers in some parts of the country.

Recall that media houses including WITHIN NIGERIA reported that atleast 40 Catholics were killed by unknown gunmen in June at the St. Francis Catholic Church in Owo, Ondo State.

Two weeks after the Owo attack. bandits killed three persons during separate attacks on the Baptist Church and the St. Moses Catholic Church, all in the Kajuru Local Government Area of Kaduna State.

He also took time to respond to a comment allegedly made by controversial On-Air Personality, Daddy Freeze, who alleged that some women turned to Ogun (god of thunder) to rain curses on the terrorists who massacred worshippers in Owo because “Bros J” (a nickname for Jesus which is common amongst Nigerians) did not answer them.

Freeze had written last month, “When dem call bros J and he nor answer dem nko? We abandoned African paganism to adopt European pagan ideologies. Until we start telling ourselves the truth and take our security issues more seriously this won’t end. Christ’s message is love and that’s the first thing so glaringly missing in Nigeria.”

Reacting, Adeboye said, “I understand that one funny fellow said that some people were calling on Ogun because Jesus didn’t answer them.

“Well, the one who said that there’s a Yoruba proverb, it said, the mouth that the snail uses to blasphemy God, that mouth would kiss the ground. From now on, anybody who dares blaspheme Jesus Christ, they will taste the fire of the Almighty God.”

Speaking further, the revered clergyman stated that, “Safety is of the Lord and nobody dies until their time comes.

“I don’t want to say much, because I know whatever I say, some people may want to twist it. But I’ve searched the Bible from cover to cover and there is nowhere in the Bible where God said a child of God cannot defend himself.

“If you find the place, let me know. He said, if they slap you on the right cheek, turn the left. If they now slap the left, what did he say? When God is silent, do you know the meaning of that, it simply means, over to you.

“Every enemy of the church, as long as my Father is still on the throne, as long as Jesus lives, as long as His name is the consuming fire, if they don’t repent, the fire of God will consume them. I’m not talking to everybody o, I’m only talking to my children.”