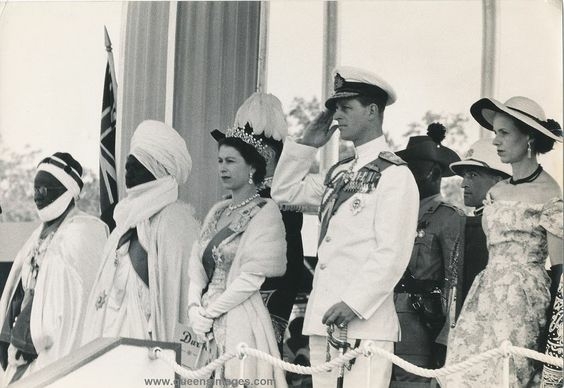 The monarch of the great Britain, Elizabeth Alexandra Mary Windsor passed away Thursday evening. It is a clear testimony and reaffirmation that every life has expiration and Queen Elizabeth II is not an exception.

Having witnessed the exit of 14 British prime ministers, six Popes and 14 Nigerian heads of state, Queen Elizabeth II joined her ancestors after surviving many deaths, making her demise a surprise to those who live in fantasy of her special relation with the grim-reaper.

Indeed, the grim-reaper caught a big fish. He rowdily entered the house of rich, abandoned all luxuries and took the its custodian. He took the life of 96-year-old monarch who ruled great Britain for almost 70 years.

This is no doubt the turn of great Britain to mourn, to receive condolence letters they had equally sent to bereaved countries over the years.

‘Operation London Bridge is down’ has commenced fully and leaders of common wealth nations including other countries that believed in the wisdom of Queen Elizabeth II have forwarded their tributes.

The great Queen Elizabeth II reportedly died peacefully, leaving the great Britain and entire world in distress such as terrorism, economic hardships among others.

Elizabeth Alexandra Mary Windsor became a queen on 6th February, 1952. She inherited a more complex, dominating empire and struggled to keep it at her best. The British empire in 1979 was reduced to a few pockets around the world. The shrinking didn’t stop until Hong Kong was transferred to China in 1997.

A check by WITHIN NIGERIA revealed that Britain in 2015 has 14 overseas territories left. She was queen regnant of 32 different sovereign states during her life, and served as monarch of 15 of them at the time of her death.

The demise of Queen Elizabeth II has not come without distractions too. A glance at tributes written by individuals shows that the late Queen means a lot of things to different people.

Some opinion writers described her demise as the end of an era while others especially people of Africa’s origin described her death as a relief to the world, citing her involvement in colonization and slavery which resulted into loss of many lives.

However, the story of Nigeria – most populous African country is incomplete without the inclusion of Queen Elizabeth II. When Nigeria gained independence in October 1, 1960, she was the only monarch to reign during this period.

Princess Alexander of Kent represented the Queen at the Independence celebrations held in Lagos where she presented Nigeria’s Freedom of Independence also known as Freedom Charter to Sir Ahmadu Bello, who became the prime minister.

She was also the Queen of Nigeria (1960 – 1963). She presided over the affairs of the country for three Yeats through the help of governor-general, president and regional leaders. She helped Nigeria grow its economy among others till it became a Republic in 1963.

According to checks, Nigeria was a sovereign state and an independent constitutional monarchy (1960 – 1963). Nigeria shared the monarch with Australia, Canada, United Kingdom, and certain other sovereign states.

May the gentle soul of our Royal Majesty. the Queen rest in power.