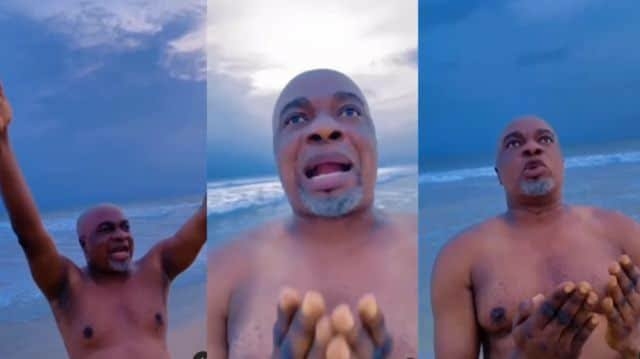 Nigeria is a nation that thrives on humor. Recent events have led some to believe that the most populous nation in Africa has a supernatural and organic method of drawing attention away from serious problems. I previously asserted that no African nation could suffer even a quarter of what Nigerians do and avoid civil unrest or war.

Like China phones, burning concerns are short-lived in Nigeria. They would stand up, intensify, and something strange would happen suddenly, either a statement or an action, to divert the attention of the public.

Everything in Nigeria has a shelf life. A nation with a 218 million population shouldn’t be short in human resources. Nigeria is incredibly fortunate to have access to natural and mineral resources. Additionally, the shapes, qualities, and quantities of these resources (natural and mineral) vary.

Nigeria is fortunate to have abundant human resources. We have experts, artisans, scholars, and entertainers who have surpassed the famous threshold for their chosen fields. These are the persons who are shaping events and promoting Nigeria’s positive image through their words and deeds.

Poor Nigerians and their battles of emotional blackmail against the rich

One of the Nigerians who has surpassed the celebrity ceiling is Nollywood actor and talented comedian Ebun Oloyede Olaiya Igwe. He has endured the pitfalls and red tape of the entertainment business for many years and is one of the seasoned performers in Nollywood.

Before Asiwaju Bola Ahmed Tinubu was announced as the All Progressives Congress’s presidential candidate, he had no bad viral content on social media except than death rumors that were dispelled by friends and then by the actor (APC).

The ‘rude’ drama between Olaiya Igwe and the well-known former NURTW chairman, Musiliu Akinsanya, also known as MC Oluomo, was the first instance of bad material. In the viral video, Olaiya Igwe is shown receiving a car from MC Oluomo.

The veteran actor, who was rudely shocked by the gift, is seen bending down to express his gratitude and praying fervently for the former NURTW chairman.

One of our brothers who likes Olaiya Igwe like a demi-god and is madly in love with him viewed the video and didn’t feel terrible. He was only dissatisfied. A pretty dejected brother believed that Olaiya Igwe had been misled by the system.

In a fair system where effort is rewarded, veteran actor Olaiya Igwe ought to be the one giving away the used car, and MC Oluomo ought to be rolling on the ground in thanks.

Arguments were made regarding Igwe’s choice to kneel for MC Oluomo, the former NURTW chairman. The internet users were divided by it. Others said that Igwe’s prostration to MC Oluomo was a step taken too far and that no one should be taught how to react to good news or gifts.

When compared to MC Oluomo, Olaiye Igwe is undoubtedly more educated and polished, yet Igwe lives in a nation where extortion, violence, and gangsterism are considered indicators of success.

Igwe became famous as a consequence of his perseverance, tenacity, and hard work, whereas MC Oluomo attained his current status as a result of being a political instrument.

To be fair to MC Oluomo, he was reliable in his chosen field of the transport industry. He also became famous through gangsterism, hooliganism, and violence. He was fortunate in that he developed into a wily instrument in the hands of politicians. Yes, he was blessed by fortune.

Following the incident, Olaiya Igwe made a number of brief videos to support Asiwaju Bola Ahmed Tinubu, who is unquestionably the choice of Musiliu Akinsanya, better known as MC Oluomo, the former NURTW.

On social media, a different video of Olaiya Igwe was posted. He stripped off his clothing, went to the water, and fervently prayed for Asiwaju Bola Ahmed Tinubu to win. He claimed that the issue was keeping him awake, so he made the decision to come pray by the beach.

In fact, the act has been criticised by certain people. They voiced concern for his emotional well-being. Some said he was definitely insane, while others accused him of casually flashing his nude.

When Olaiya Igwe went to the beach, he did not pray for Nigeria over issues with security, the rising rate of unemployment, or famine. We currently have extreme poverty, a gasoline shortage, and other problems. He merely wished for Tinubu to triumph. His interest rests there, and he will stop at nothing to see that his chosen candidate prevails.

Politics has a similar effect on people. While power reveals actual character, politics modifies character. In terms of politics, supporters or apologists go above and beyond for their favorite candidates. What let Olaiya Igwe down? Fame. No one would be concerned if he were a regular person. He would have carried it out and continued.

Olaiya Igwe violated our Yoruba values. Elderly people should never carelessly appear nude in public or enable younger people to make fun of their deteriorating physical appearance due to aging.

The younger generations must respect the aging bodies of the elderly while the elders must protect their own. Olaiya Igwe, a seasoned Yoruba actor, ought to know better.

Though he is more aware of the effects of his behavior, he still feels content. Politics and interests go hand in hand. Interests serve as the lubricants and gasoline for politics. There has never been a better moment to pull out crazy exploits.

Olaiya Igwe violated our Yoruba values. Elderly people should never carelessly appear nude in public or enable younger people to make fun of their deteriorating physical appearance due to aging. The younger generations must respect the aging bodies of the elderly while the elders must protect their own. Olaiya Igwe, a seasoned Yoruba actor, ought to know better.

Though he is more aware of the effects of his behavior, he still feels content. Politics and interests go hand in hand. Interests serve as the lubricants and gasoline for politics. There has never been a better moment to pull out crazy exploits.

We can anticipate more obnoxious antics. He cares more about Tinubu’s win than the appalling plight of the nation. Choices are interests. Ebun-Oloyede made a decision on his own. Bola Ahmed Tinubu should lead the Federal Republic of Nigeria, in his opinion. He hasn’t broken any laws, according to the law.

Every supporter has the right to be interested in a candidate, but how each supporter handles, advertises for, or spreads his or her candidate can only be researched, criticized, and denounced.

Despite failing the second test, Olaiya Igwe passed the first one. Igwe is free to climb electric poles in support of Bola Ahmed Tinubu if he so chooses. He needs to stop contaminating our children and destroying our Yoruba values.