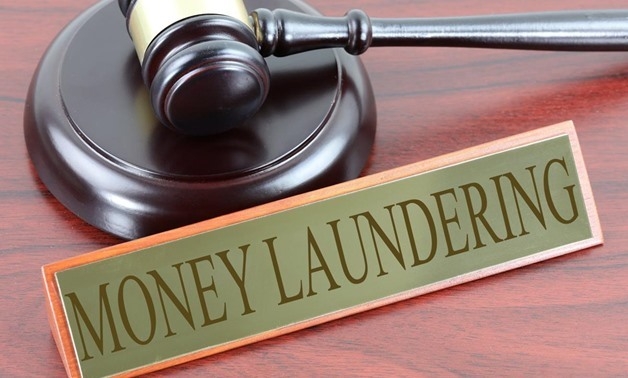 Doyin Okupe, the former Director-General of the Labour Party Presidential Campaign Council, was on the 19th of December, sentenced by a Federal High Court in Abuja, to two years for breaching the Money Laundering Act.

Okupe was a former Senior Special Adviser to President Goodluck Jonathan and was appointed as the Director-General of the Labour Party Presidential Campaign Council in October.

Justice Ijeoma Ojukwu of the Abuja Division of the Federal High Court, who delivered the judgment said Okupe was found guilty of receiving over N200 million cash from a former National Security Adviser (NSA), Col. Sambo Dasuki in 2015, blatantly going against the Money Laundering Act.

Will Adeleke be able to prevent the $106m Ilesa water project from failing like the mini-water schemes?

Furthermore, the Act prohibits the conduct of two or more transactions separately with one or more financial institutions or designated non-financial Businesses and Professions (“the Relevant Institutions”) with the intent to avoid the duty to report a transaction which should have been reported under the Act or breach the duty to disclose information under the Act by any other means.

This is not the first time a political figure will be in the news for money laundering. In 2007, the Late Diepreye Alamieyeseigha, an ex-governor of Bayelsa state, was sentenced to two years in jail on charges of corruption and money laundering. Also, Joshua Dariye, a former governor of Plateau state was arrested in London, England on 20 January 2004, with large sums of money.  He was accused of stealing about $9m of public funds and money laundering. EFCC, in 2007, preferred 23 counts of money laundering involving the alleged diversion of about N1.126 billion Plateau State Government’s ecological funds against Dariye.

Later In 2018, an Abuja High Court sentenced Dariye to 14 years imprisonment on the charges of criminal breach of trust and misappropriation of funds (1.6 billion Naira) while he was the Governor of Plateau state. Dariye’s 14-year sentence was then reduced to 10 years.

Samuel Oyekanmi, a Financial Analyst, said money laundering encourages tax evasion, making it difficult for govt or regulatory bodies to be aware of financial transactions and also make revenue from the tax.

“The government that would have made a huge amount of revenue from the tax would not be able to do that, especially in a country like Nigeria that has been running on a deficit for about 11 years now, and definitely need to up its tax collection, unfortunately, this money laundering will not allow that to happen,” he said.

Oyekanmi opined that terrorism is being financed through money laundering, affecting the security of the economy and reducing investors’ confidence.

“Nigeria has been dealing with Boko haram and other insurgent groups for while now and of course, some people are funding and financing these groups. How is this being done, of course, money laundering. This is having a negative effect on the security of the Nigerian economy and that has also had a ripple effect on investors’ confidence in the Nigerian economy. Insecurity has been a major factor that has contributed to the downturn of foreign investment” he said

He noted that money laundering affects the country’s productivity and those who launder money have an unfair advantage over those going through legitimate sources.

“Those who have actually made their money from legitimate sources are not so much encouraged to operate in that economy, they would prefer to do it some other places because those who launder money now have what they call an unfair advantage over those who are going through legitimate sources.

“When you launder money, the money that is supposed to be used for the development of the economy, you launder them through some swiss account somewhere, what you are doing is that you are taking money from Nigeria and then you are using it to better another economy because if you send your money to a foreign country, they would use that money to support their economy.” Oyekanmi said.

An Abuja-based Lawyer, Alalafia Qudus noted that Nigerians are well-informed about the provisions of the Money Laundering Act, as it is well displayed by Banks on their walls and signages in their respective offices about the implication of contradicting the provision of the Act but rather, they decide to pay lip service to its effectiveness and enforcement.

Alalafia who was reacting to the consistent disregard for the Money Laundering Act said that Nigerians do not care to know much about the enactments of the National Assembly other than the Constitution.

“Politicians are Nigerians too, and many of them are ignorant of what the laws say except for the few well-informed lawmakers who have been diligent enough to transact under the guidance of their legal aids. Perhaps, I may and most humbly urge our lawmakers to make good use of their Personal Assistants particularly the legal officers among them in their day-to-day official transactions to avoid the law catching up with them when they least expected.

“The part of our law that dictates that ignorance of the law isn’t an excuse is still potent as ever before. The recent conviction of the Director General of the Labour Party Presidential Campaign Committee, Dr. Doyin Okupe is a direct testimony to this fact.” he said.

Alalafia advised citizens to make official complaints against any transaction that contravenes the provisions of the Money Laundering Act without fear of reprisal and/or loss of hope in the enforcement of the Act by the Court, while also urging the Investigation and Prosecuting Agencies (most especially the Economic And Financial Crimes Commission in this regard) of Government to be more proactive and effective in the discharge of their duties.