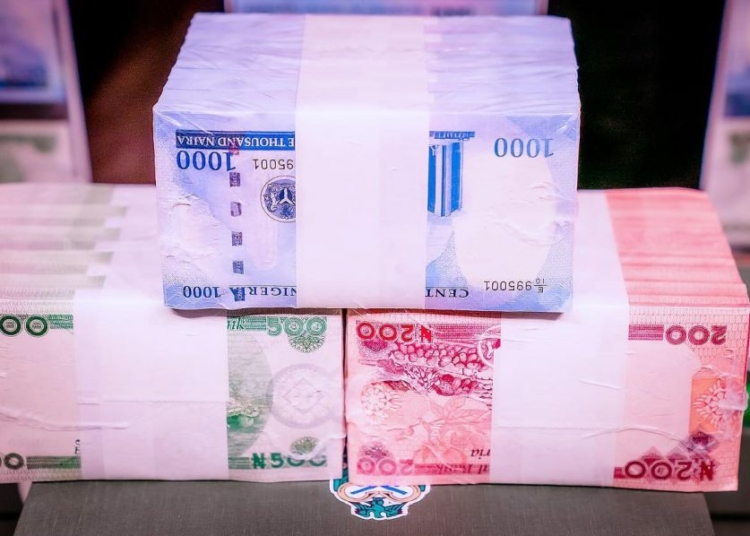 Three weeks after the release of the redesigned N200, N500 and N1, 000 banknotes by the Central Bank of Nigeria (CBN), millions of south Easterners are yet to see or physically transact business with the new naira notes.

Many of those who spoke to WITHIN NIGERIA in Enugu, Onitsha and Aba are worried over the scarcity of the new notes, especially at banks’ Automated Teller Machine (ATM) points.

Our reporter gathered that this concern is coming less than 26 days to the January 31 deadline CBN fixed for phasing out of the old naira banknotes.

Recall that the CBN introduced the redesigned banknotes on December 15, 2022, saying it was part of measures to control inflation, mop up currency outside the banking system, fight corruption and discourage payment of huge cash to kidnappers and bandits among others.

When our reporter visited ATMs across Enugu, there was an  indication that the old notes are still being dispensed.

Many customers who visited the banking halls after the Christmas and New year holidays also disclosed that they were issued the old notes.

One of them, Joseph Eze told WITHIN NIGERIA that “I was surprised that I was given old notes at the bank on January 5, 2023. The new notes are very scarce. I am not sure if they can keep to the January 31 deadline because the notes are no where to be found here.”

Our reporter equally gathered that some bank workers in Nsukka, Enugu, Aba, Onitsha and other major cities in the South East geopolitical zone told their customers that they have not been issued new notes while others said the CBN was rationing the new notes.

“For now, we have not taken delivery any new notes and have not been dispensing any since last two weeks because CBN has not issued us any since the last one was finished,” said an Ecobank worker in Onitsha.

In the same vein, a Point of Sales (POS) operator in Nsukka town, Greg Anyanwu stressed that he was still collecting the old notes because the new ones are hardly available. He said that banks are still issuing the old notes to them.

It was also observed that most customers who paid with cash at shopping malls and stores during the new year festive period used the old notes.

Some of the banks visited by our reporter in Enugu town revealed that the new naira notes were not yet inputted in the ATM machines.

When our reporter visited the bank yesterday, a security guard said the machines were yet to be loaded with the new notes.

A customer of the bank, Chijioke Okenyi who withdrew from one of the machines, said he was not concerned about the type of money available.

He said since the old currencies were still a legal tender, he was not worried as he will spend the notes he collected before the CBN’s policy takes effect.

Another customer, Gerald Odo said it was tough at the bank he visited as everyone was requesting for the new banknotes. According to him, “what they did was to give a piece of the N1,000 notes to everyone making withdrawal; we even asked for the N500 note but they said it has been exhausted.”

The situation was the same at Keystone bank as it was observed that people who withdrew from the machines left with old notes of N1,000.

While a security guard confirmed that, a user of the machine,  Chinasa Idu said since the old notes could still be used for transactions, she had nothing to be afraid of as it was little funds he came to withdraw.

“People that need to be worried about the new notes are those that engage in huge transactions. For me, if I should withdraw N50, 000, all in old notes, I will spend them before the deadline takes effect,” he said.

Some bank customers however said that shortly after the December 15 roll out time, some banks issued pieces of the new banknotes.

The scarcity of the new banknotes was also being felt in Onitsha. Some residents who use ATMs frequently said they were not yet dispensing the new notes. Likewise, those patronizing PoS and the operators expressed similar views.

Speaking to our reporter through phone, a marketer in the popular Chicken Republic, Mr. Kelvin Onah said that “I went to ATM almost 10 times since when the new notes were released but yet it couldn’t dispense even a single N500 note of the new money.

“The only place one can get money is in the bank when you withdraw a huge amount. Even that is only if you are on good terms with the bankers,” he revealed.

Kenneth Ajodo,  another resident, said he withdrew N70, 000 from the ATM in the early hours of Thursday, but all were old notes.

“In fact, they gave me new banknotes but it is the old version, not the new ones.”

Sharing his own experience,  Solomon Nwigbo, a business in Onitsha told WITHIN NIGERIA that the last time he withdrew money from the bank he got about two per cent in new notes from the total money. He also said his friend got N300,000 when he withdrew N1 million from the bank.

“I used to do a lot of transactions as a business man in Onitsha main market but I got the money once from the bank. For ATMs, it is not even there. I have never seen anybody that got the new naira notes from there. I withdrew N500, 000 from the bank and they gave 2%. My friend also got N300, 000 out of N1 million. That was the only time I got the new naira notes. And to tell you the truth, they are not qualitative. Some people are even rejecting it,” he said.

In a chat with our reporter, Ejike Livinus Eze, a business man in Ochanja market, Onitsha said he has only seen the new naira notes once and it was brought by a customer who sent money to his relatives.

He said although he receives and sends money, he neither gets the new notes from the bank nor from people who come for transfer.

The CBN had last week in a circular assured that “The current N200, N500 and N1,000 banknotes will circulate side by side with the redesigned banknotes till January 31, 2023, when the current notes shall be withdrawn from circulation and cease to be legal tender.

“The current banknotes remain legal tender till January 31 and should not be rejected as a means of exchange for purchasing goods and services.”

Recall that on December 22, 2022, the Deputy Governor of CBN, Aisha Ahmad, while briefing the House of Representatives on the redesigned naira on behalf of the Central Bank governor, Godwin Emefiele, said 500 million mint notes were ordered by the bank.

She however, did not state how much those notes were worth.

“I am unable to share that now, only because I want to give an accurate figure,” Ahmad responded to the lawmakers’ enquiries.

At present there is a twist in the whole scenario as many traders have started rejecting the new available notes for fear of counterfeit.

A trader at Ogige Main market Nsukka, Ugochukwu Ogara told WITHIN NIGERIA that ” I can’t accept new naira notes now because I can’t differentiate between the new ones and the counterfeit. So, to be on a safe side, I will continue to accept only the old notes untill the new ones become rampant or old ones are phased out.”