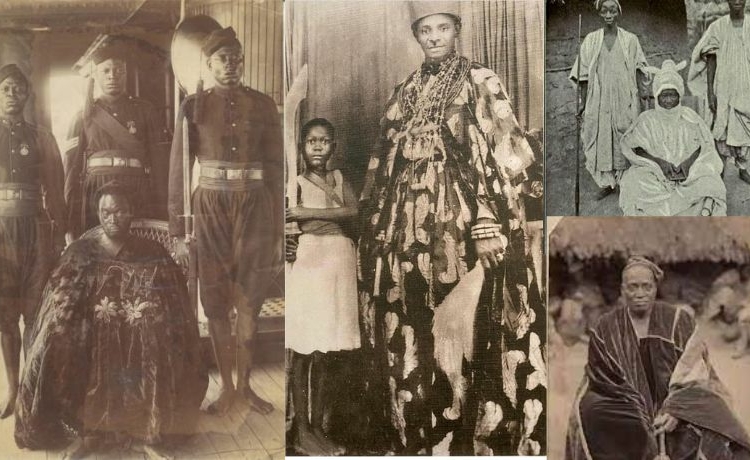 Kings are very powerful rulers, who are respected and sometimes seen as gods. However, these powers and fame haven’t absolved them from being dethroned. Reasons for dethronement often range from being at loggerheads with the power that be, particularly the government. Often, consequences include official pronouncements of dethronement, self exiled to avoid abduction or sometimes removal by court injunctions that eventually order the king to vacate the throne.

Sometimes, dethronement might be caused by uprisings and revolts among subjects as a result of displeasure with reigns, or allegations of misbehaviour and misconduct.

In this article, we look back memory lane at the first set high profile kings in Nigeria who have been dethroned. 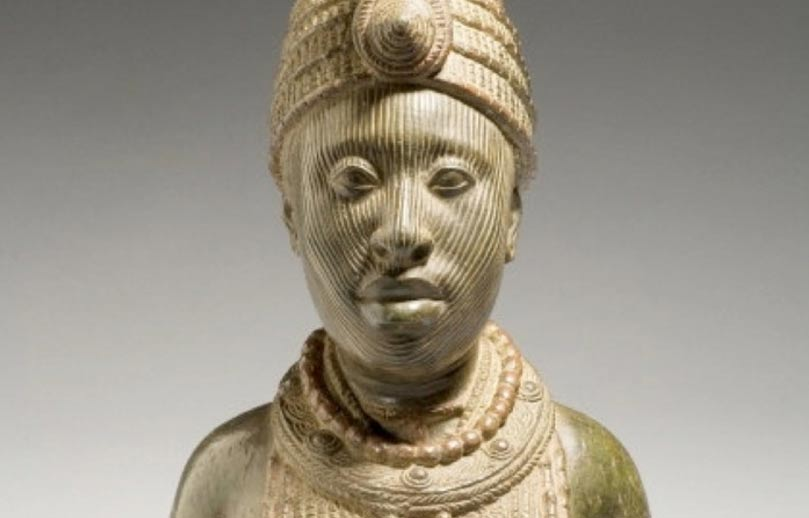 The Ogboru family is one of the four ruling houses in Ile-Ife. The house originated from the first Ogboru who was Ooni of Ife in the 19th Century. He was dethroned by the Ife Palace Chiefs who were bored of his 70-year reign. After been fooled into leaving his home to observe something in the famous Atiba plaza in Ile-Ife town, he was not permitted to return to the palace. He stormed off to another continent, where he created and settled in a small village called Ife-Odan.

Six princes of other dynasties were appointed successfully within a year and all died uncrowned, without completing the coronation ceremony. The throne was therefore boycotted.

After Ifa consultation, Chiefs had to seek him at Ife Odan to get him to return, but he resisted and offered them his grandson Giessi, who became the next Ooni after him.

Ovonramwen Nogbaisi (ruled 1888 – 1897), also called Overami, was the Oba (king) of the Kingdom of Benin up until the British punitive expedition of 1897. Born in circa 1857, he was the son of Oba Adolo he took the name Ovonramwen Nogbaisi at his enthronement in 1888, every Oba took a new name at his coronation, the name translates as Ovonramwen meaning “The Rising Sun” and Nogbaisi meaning “which spreads over all.”

Benin City was demolished and the palace was badly looted as a result of a military action led by Harry Hawson. The Oba was supposed to be hanged, but he managed to flee when his dethronement was revealed and was exiled to Essien, a tiny village in Calabar, where he died in 1914.

He was succeeded by his first son and legitimate heir, Prince Aguobasimwin, who ruled as Eweka II.

On the 16th of February, 1902, Mohammed was overthrown by Lord Lugard’s second-in-command, William Wallace, for alleged slave trading, insubordination against the British government, and misrule of his people. His son was sworn in as Emir for the first time.

Aliyu Ibn Abdullahi-Maje Karofi was an Emir of Kano, a state in what is now Northern Nigeria. Aliyu was known as the Sango of Zaki (the gun runner), Babba, Mai Sango or Ali Balads for his heavy use of explosives in most fights. Emerging at the end of the Basasa (Kano Civil War), his reign was marked by a series of costly wars and fortification projects that heavily militarised the erstwhile commercial Emirate. He seized Kano and became the Emir in 1894 after a year-long struggle.

Following an homage visit to the Sultan at Sokoto, he was deposed in 1903 when British-French forces assaulted Kano, putting an end to his reign. He was initially deported to Yola and then to Lokoja, where he died in 1926 as the capital of the new Northern Nigerian administration.

His escapades as Emir of Kano were recorded in the official historical canon of the Kano Emirate, the Tarikh Al Kano. The ballad of Ali Zaki, commemorates his reign as the last Emir of Kano. 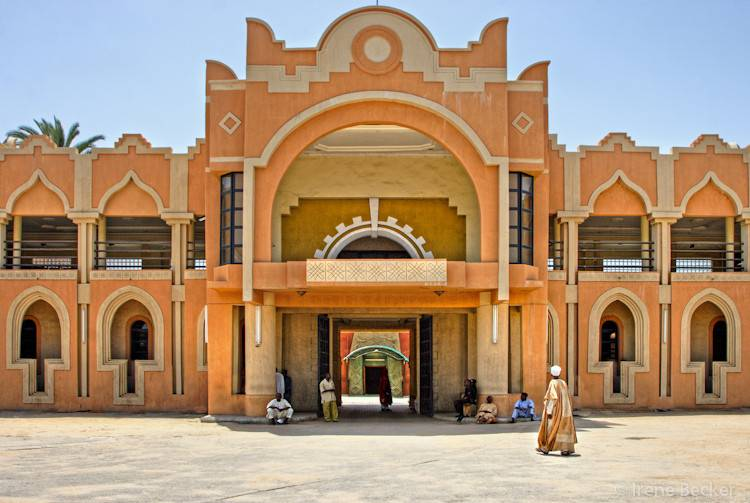 Still under British rule, the Emir of Ningi, Usman Danyaya who came into power in 1890, was overthrown by the British Temple for siding with the Emir of Bauchi who was exiled in July 1902 for oppressing his people. Usman Danyaya was a terror and tyrant during his time. After his dethronement, a new Sarkin Ningi, Mammadu, was enthroned as the heir to the throne. Usman Danyaya fled to Bura Town, where he was slain by the Bura people in 1905 for his continuing terrorizing deeds.

Alaafin of Oyo, Oba Adediran Adeyemi II wasa revered king of the Oyo who was famous for the number of wives he married in a year. In 1955, he married 200 wives.

Before Alaafin Adeyẹmi II ascended the throne of his ancestors in 1945, his father, Ọba Adeyemi I Alowolodu, had reigned from 1876 to 1905. Adeyemi II sat on the royal seat from 1945 until he was unceremoniously dethroned in July 1954. This was as a result of the NCNC crisis and his fallout with the deputy leader of the Action Group Party, Chief Bode Thomas.

In July 1955 following the death of Bode Thomas who was said to have been poisoned by the Alaafin, Oba Adediran was exiled from Oyo town by Herbert Macaulay, along with Obafemi Awolowo. He was housed in Lagos by Alhaji N.B Soule, a wealthy NCNC member, following which Gbadegesin Ladigbolu was enthroned as the new Alaafin of Oyo until 1970. He lived out the rest of his days in Lagos where his subjects still visited him until his death in the early 1960s.

Erejuwa II was the leader of the Itsekiri also known as Olu of Warri from 1951 to 1964 and from 1966 to 1986; He succeeded his father Ginuwa II as Olu. Following unhealthy rivalry between prominent Itsekiri leaders in the Action Group and the NCNC in the lead to the creation of a Mid-West region, Erejuwa, was deposed by the NCNC led regional government in 1964 and deported to Ogbese. This was because there was a presumption that Erejuwa was a staunch supporter of the Action Group. He would later be restored by a military administration led by David Ejoor in 1966, and ruled till 1986.

Oba Abibu Lagunju was a Yoruba monarch of the town of Ede, and leader in the 19th century. He was the first Muslim King (Timi) that Ede produced, he also belonged to the first generation of Yoruba Muslims who held high political office in the pre-colonial era and who used their positions to enhance the growth of his town, Ede and his religion, Islam

He reigned from 1855 to 1892 until being ousted and deported by the British to Ibadan, where he lived with Sunmonu Apampa, the Asipa of Ibadan at the time, until his death in 1900. One of his offspring, Raji Lagunju, was born to an Ile-Ife bride and raised to become the second Chief Imam of Ile-Ife.

Abibu Lagunju set the record of being the only Timi to have been dethroned thrice, got himself reinstated twice but eventually lost out on the third count

Ibikunle Akintoye (Kosoko’s uncle and brother in-law of powerful business woman, Madam Tinubu) was Oba of Lagos twice, the first time from 1841 until 1845 when he was ousted and sent to Badagry for advocating against the slave trade. Oba Kosoko was overthrown for having a rift with the British government after he refused to hand over the Lagos colony to the British and ordered the British administration to meet with the Oba of Benin. In 1851, the British administration returned Ibikunle Akintoye, who had been exiled as Egba and Badagry, in revenge for his gut.

He reigned for a second time until September 1853, when he died and was succeeded by Oba Dosumu. The deposed was afterward summoned to Lagos and promoted to high chief Oloja of Eleko, a salaried position in Oshodi tapa Epetedo. In 1872, he resided and died in this town.

Oba Oyebajo was the traditional ruler of Ijebu Remo from 1811 until 1915 when he was in his mid-twenties. The British removed him as a de-facto ruler who refused to respect his senior chiefs (Bademowo – The Lisa of Remo & Awofala, the Losi of) and denied them their due portion of the constitutionally entitled stipends, as part of the 1914 amalgamation regulation that local rulers should be part of native courts.

The British Officer in Charge of the Administrative District, H.F Ducoumbe, not only deposed him but also sentenced him and two others to hard labour in prison at Ijebu Ode. He was liberated 6 months later and later resided in Sagamu.