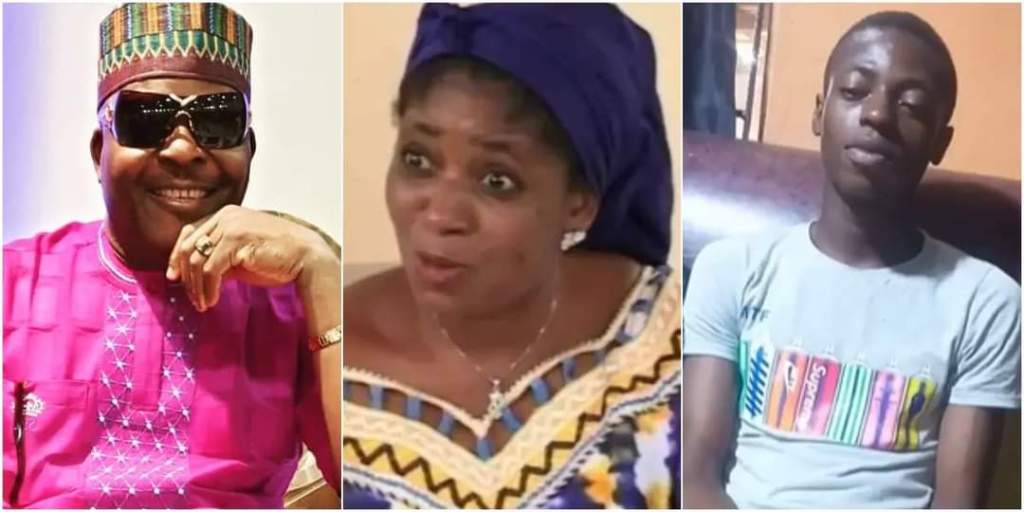 Sir Shina Peters, a veteran Juju singer, has addressed the viral allegations that the late actress, Funmi Martins, bore him a son, Oluwadamilare, whom he abandoned.

Martins, who passed on in 2002, is also the mother of popular actress, Mide, who is married to her colleague, Afeez Owo.

During the week, a blogger, Gist Lover, alleged that Mide and Peters, who was recently ordained a Bishop of the Cherubim and Seraphim Church, had abandoned Damilare.

But, in a recent development, the juju musician stated that he was in talks with 19 years old Damilare and his guardian, Baba Deji. He, however, did not acknowledge whether he was the father of the boy in question or not.

Peters said, “I would like to thank all Nigerians in the Diaspora. I will be turning 64, so I should know the right thing to do. On the issue of Oluwadamilare, from the beginning, there were a lot of controversies, but as an elderly person, I don’t want to discuss that. I have put it behind me. My concern now is how we are going to take good care of Damilare. In the past, I had sent my driver to Abeokuta Ogun State) several times but they did not allow my driver to see him. When Damilare’s guardian, Baba Deji, called me, I was not in the country. I told him I would call him when I got back. In the process of waiting for me, this story came out.”

Peters also urged his fans and other Nigerians who had initiated plans to crowd-fund for the boy to put a stop to it. He added, “I heard there are plans to raise money for Damilare. I don’t want people to use the poor boy to siphon money. He is not a beggar and I do not want people to make him one. From now, I want to take charge of him. I would be fully responsible for him. Me, Damilare, Baba Deji, and the senior Martins have been speaking on phone. We have fixed a meeting in hopes that everything would be fine. I am a Godly person and I have trained so many children and they are doing very fine, financially.

“I love children and I’m passionate about them. I once sang a song about the essence of children. Now that Damilare knows where to reach me, he can come to me as a father and discuss his problems with me. We can have a proper father and son relationship. Even if he is interested in the entertainment industry, he has to have good education”