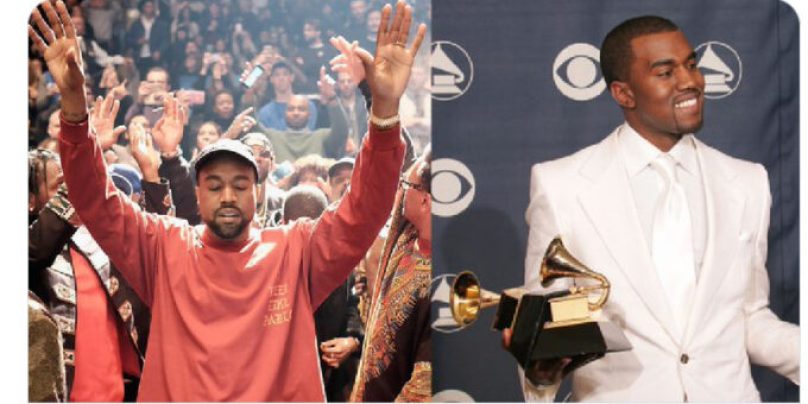 In a category where he’s never been nominated (Best Contemporary Christian Music Album) Kanye West has won his first Grammy award in eight years, for his 2019 pivot to gospel, ‘Jesus Is King’.

West who once shared a video of himself peeing on one of his 21 prior Grammys, wasn’t present at last night’s (March 14) ceremony in Los Angeles, to collect the award.

A winner at the ceremony that made Africa proud was Nigeria hip hop star, Burna Boy who won Best Global Music Album at the Awards. His album Twice as Tall won the award over records by Antibalas (FU Chronicles), Bebel Gilberto (Agora), Anoushka Shankar (Love Letters), and Tinariwen (Amadjar).

Beyoncé was the big winner of the night, taking home four awards and breaking the record for the most Grammy wins by a female artist and by any singer, male or female.

Taylor Swift, meanwhile, became the first woman to win Album Of The Year three times, picking up the biggest award of the evening for ‘folklore’.