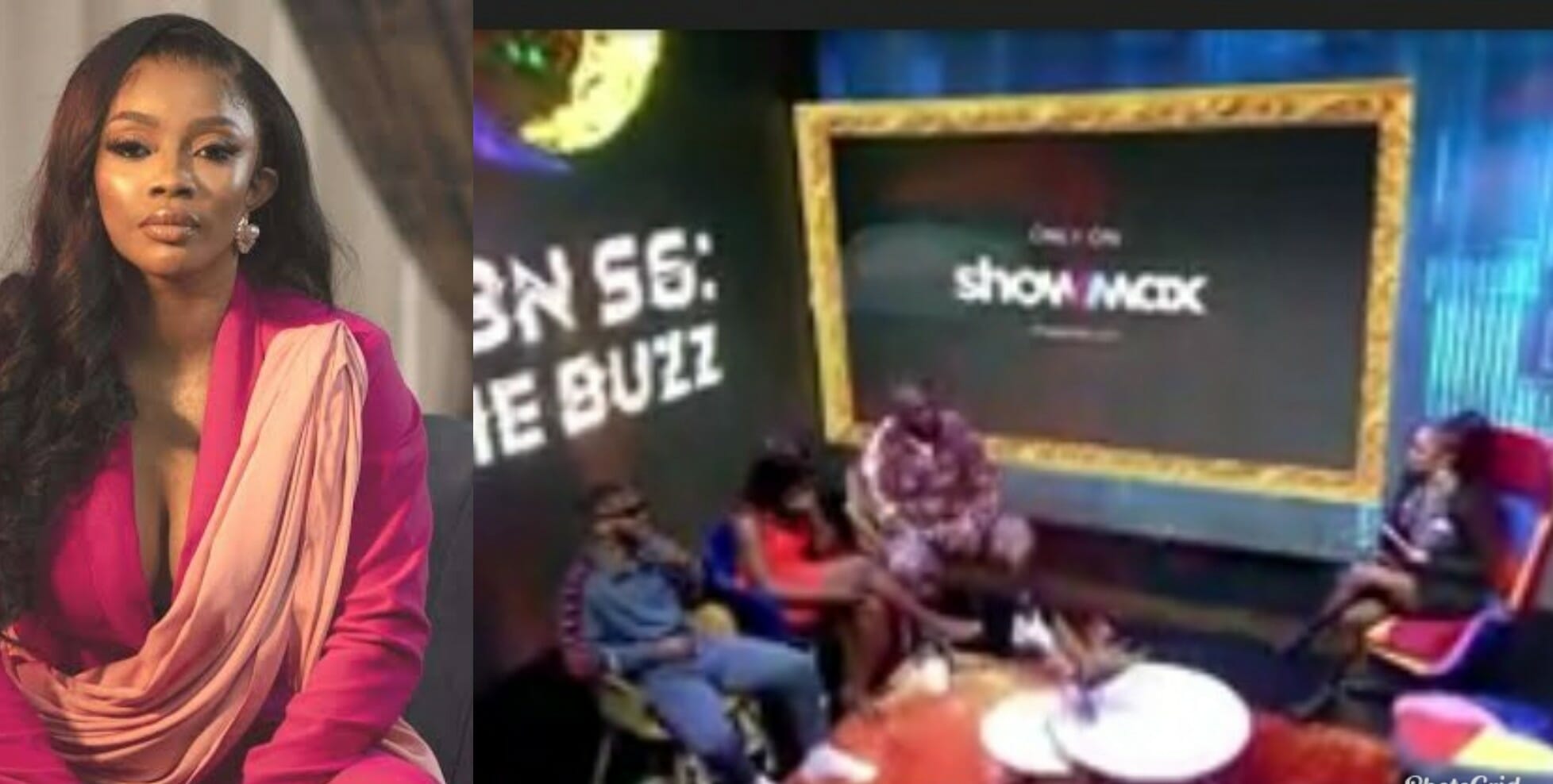 Toke Makinwa, host of ‘The Buzz’ in the latest episode alongside her guests discussed everything that went down the BBNaija house over the weekend

The guests – Femi Daniel, Tosin ‘Olorisupergal’ Ajibade, and Bethel ‘Senator’ Njoku, – took turns to discuss from the party moments, wacky times, ships and fights that plagued the Shine Ya Eye housemates, and everything in between.

Even better, we got to see the housemates’ secret diary sessions.

These secret sessions, only on Showmax, allow housemates to rant about any and everything, and some of the juiciest details are revealed here.

People discuss who they like, who they want to be with, those they can’t stand and more.

Below is a quick summary of what some of your favourite housemates had to share:

– Boma talked about his major blowout with Angel over their task on Saturday. He told Big Brother he was grateful for the party that followed that evening as it helped to calm his nerves.

– Jackie B spoke about her feelings in the house moving like a roller coaster – one moment she’s excited, the next she’s down.

– Emmanuel had nothing exciting or personal to tell Biggie.

– Maria’s most significant issue was how housemates consume food and how their choices are causing all of them to lose weight.

– Whitemoney also talked about food, saying he wishes they had more options for spices in the house.

– Pere was feeling very upset about having to share the bathrooms. He told Big Brother, “I don’t really like that”.

– Niyi and Yerins were rightfully worried about the eviction show. As they were the first and second housemates to be evicted this season.

– Beatrice didn’t want the housemates to know she feared the eviction. A fear she was right to nurse, as she became the third housemate to be evicted in a surprising twist on Sunday.

– Yousef was still reeling from the explosive Saturday denim party they had with DJ Nana. He told Big Brother he almost forgot he was up for eviction.

– Arin was also still excited about the party. She talked about kissing Boma, then Cross on the lips, and sleeping in Jaypaul’s bed.

– Saskay is finally convinced that she doesn’t like Yousef because she figured out what felt mysterious about him and concluded that he is not her type.

– Cross revealed that he may be catching feelings for Saskay and that a part of him felt bad for making her drunk.

– Nini was just excited that she finally won a task.

– Saga is drunk in love as he told Biggie, “Of course I want to talk about Nini”. He then confessed that he thought he was over feelings, but Nini is bringing them all back.

– Jaypaul seconds that thought, adding that the universe is shoving something he doesn’t like right in his face. “But you have to learn to work with it”, he said.

– Liquorose was still on a high from Friday’s party, telling Big Brother how she walked from the bathroom straight to kissing Emmanuel.

– Peace thought it was interesting that nobody had swept her off her feet yet.

The secret diary sessions are only to Showmax. They’re a part of the network’s ‘The Buzz’, hosted by award-winning media personality Toke Makinwa. Catch new episodes on Tuesdays and Saturdays from 7 pm.