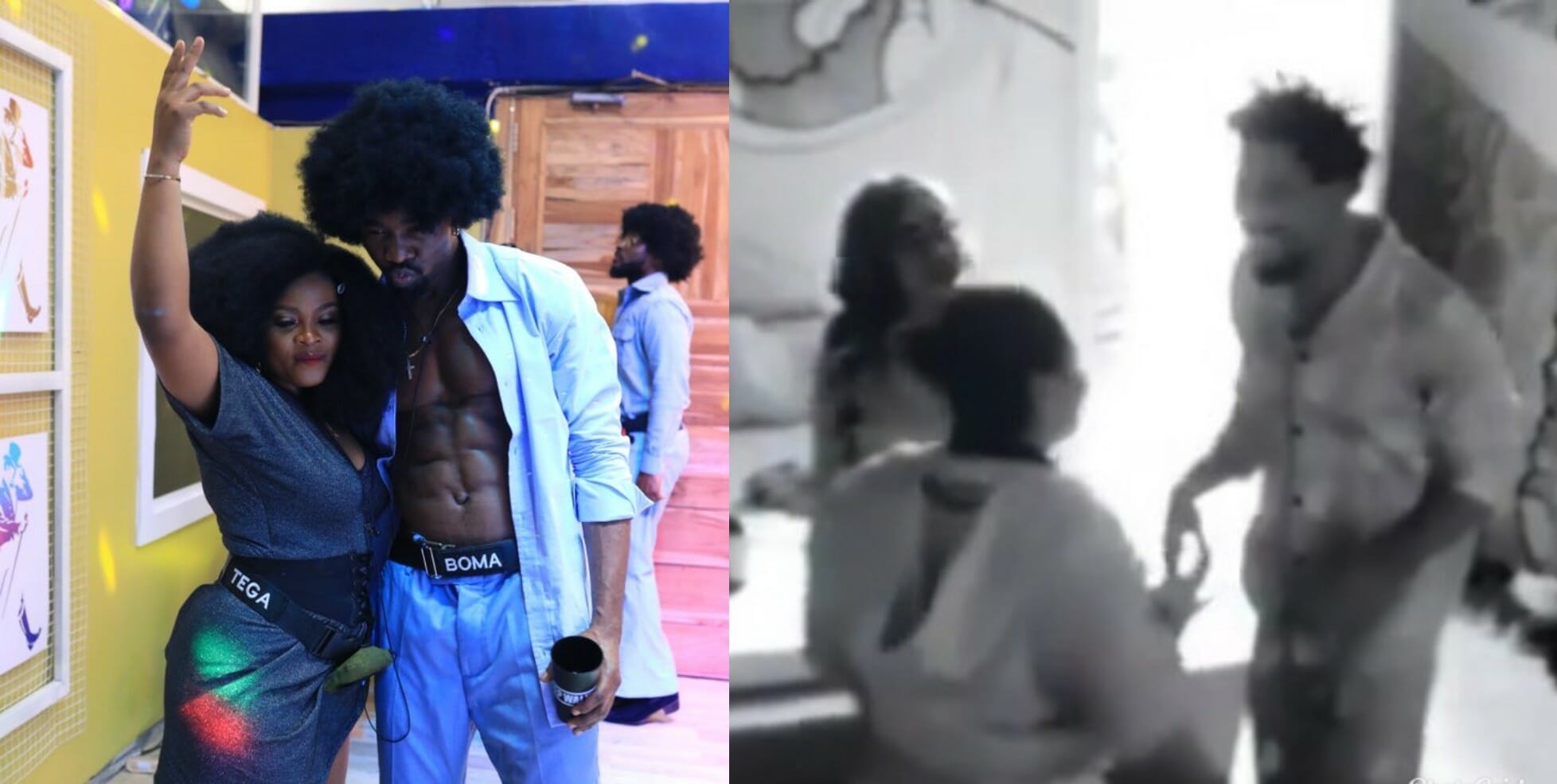 This happened during the truth or dare game involving some housemates and anchored by Cross.

Recall that the housemates, after their Monday’s Head Of House Task, decided to catch some cruises.

During the game, Boma was dared to kiss Tega for fifteen seconds but the kissing continued after the given time until the other housemates asked them to stop.

This is coming after the male housemate and the female housemate who is married, ignited a controversy after being spotted under the duvet.

The two housemates kissed during lights out, barely 24 hours after their ‘duvet moment’ trended on social media.