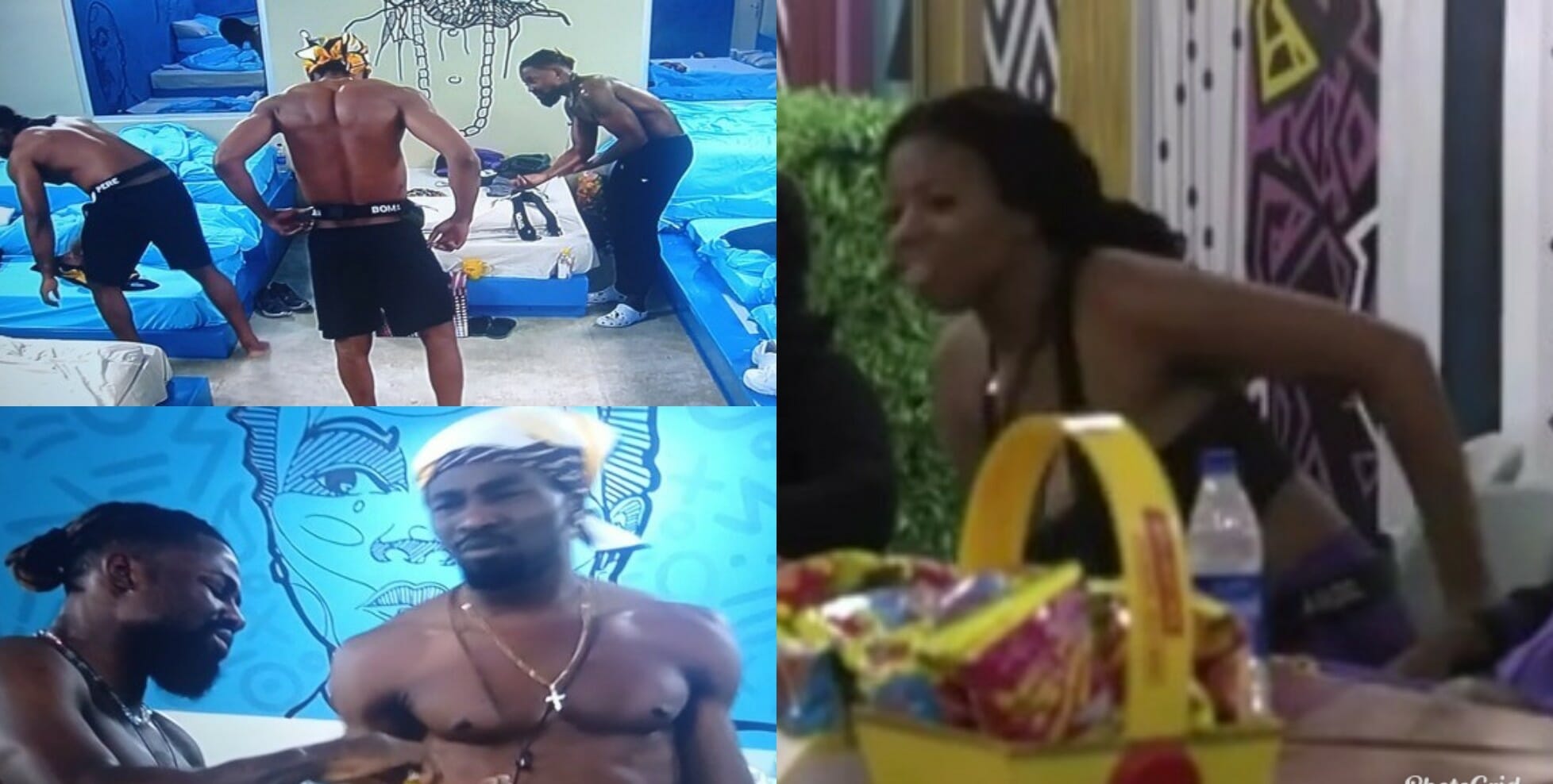 Just before the housemates had their jacuzzi party after they had finished their Friday Abeg task, Pere, Boma and Micheal happened to be together in a room exercising and during that, they gossiped about Angel, had some things to say about her.

It all started when Boma told Pere that Angel does tell Tega why the two of them (Boma & Tega) are on the bed for too many days. This was before the fight between Boma and Angel as a result, it was more like something was paining her because since he has been chilling with Tega, he hasn’t had anybody’s time.

Pere brought Saskay into the discussion and said she’s matured one which Boma also agreed to as he said Saskay is like a 30-year-old lady. For Pere, the way Saskay talks shows she’s too matured and has what he called social intrusion.

Describing Angel, Pere revealed she and Nini are the same type of way and told Boma to ignore Angel saying “Nah small pikin de worry the babe, Her frontal lobs never develop“. Boma then said yes went on to reveal Angel has gotten into some stuff with a couple of people in the house. He mentioned himself, Pere and Sammie.

Micheal while chipping in said for him, he does ignore Angel and they only talk when needed to, but with Boma, it’s different as they’ve both kissed.

All this is coming after the fight Boma and Angel had which apparently, Boma is still vexed how Angel disrespected him.