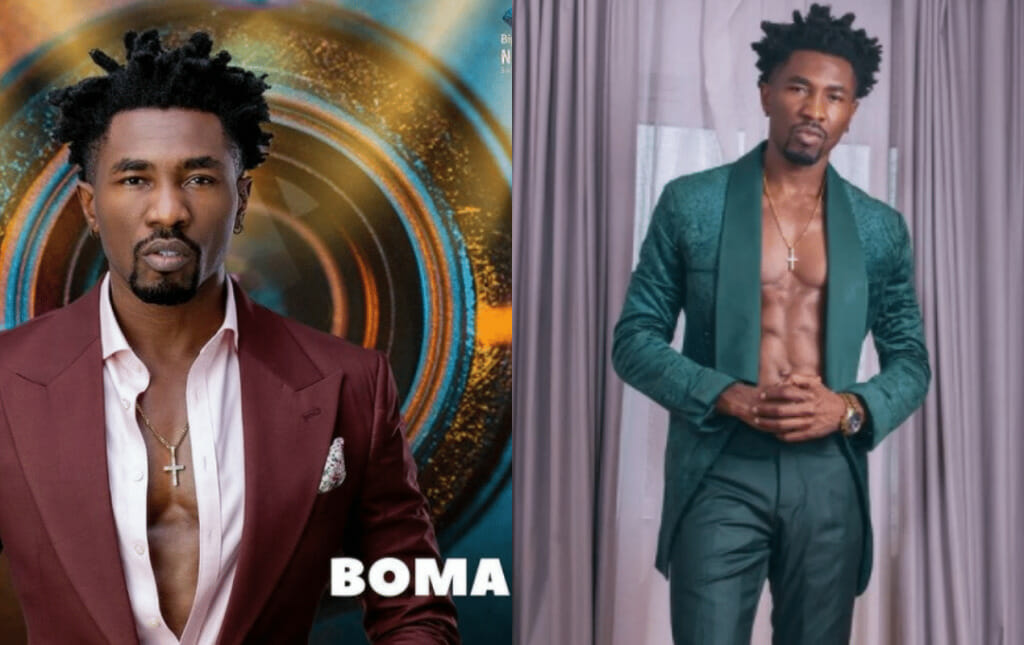 Big Brother Season 6 evicted housemate, Boma, has disclosed that two members of his team were hospitalised after receiving death threats over his involvement with Tega Dominic.

We recall that Boma was involved in an intimate relationship with Tega, a fellow evicted housemate who is married with a son. However, their relationship did not settle well with the viewers and some housemates, mainly because of Tega’s marital status.

But speaking with TheCable Lifestyle on Thursday, Boma said members of his family and team have been receiving death threats over his perceived affair with Tega.

He added that two of his team members were hospitalised after they were bullied on social media.

“Two people on my team were hospitalised, one was discharged yesterday because of the kind of thing they were reading,” he said.

“Imagine deleting comments for three hours. Comments like “your family will die”, “your mom will die”. I appeal to all of them to calm down, I didn’t kill anyone.

“I’m not telling them how to react but which one is a threat to life. People get into depression because of the things they read. It is called social media bullying.

“The people that were hospitalised weren’t beaten physically but their minds were beaten up. You can tell somebody something and the person can go and die if they are not strong enough, we all know these things have been happening.”

Boma was sent packing from the show alongside three other housemates — Peace, Michael, and Tega — last Sunday.