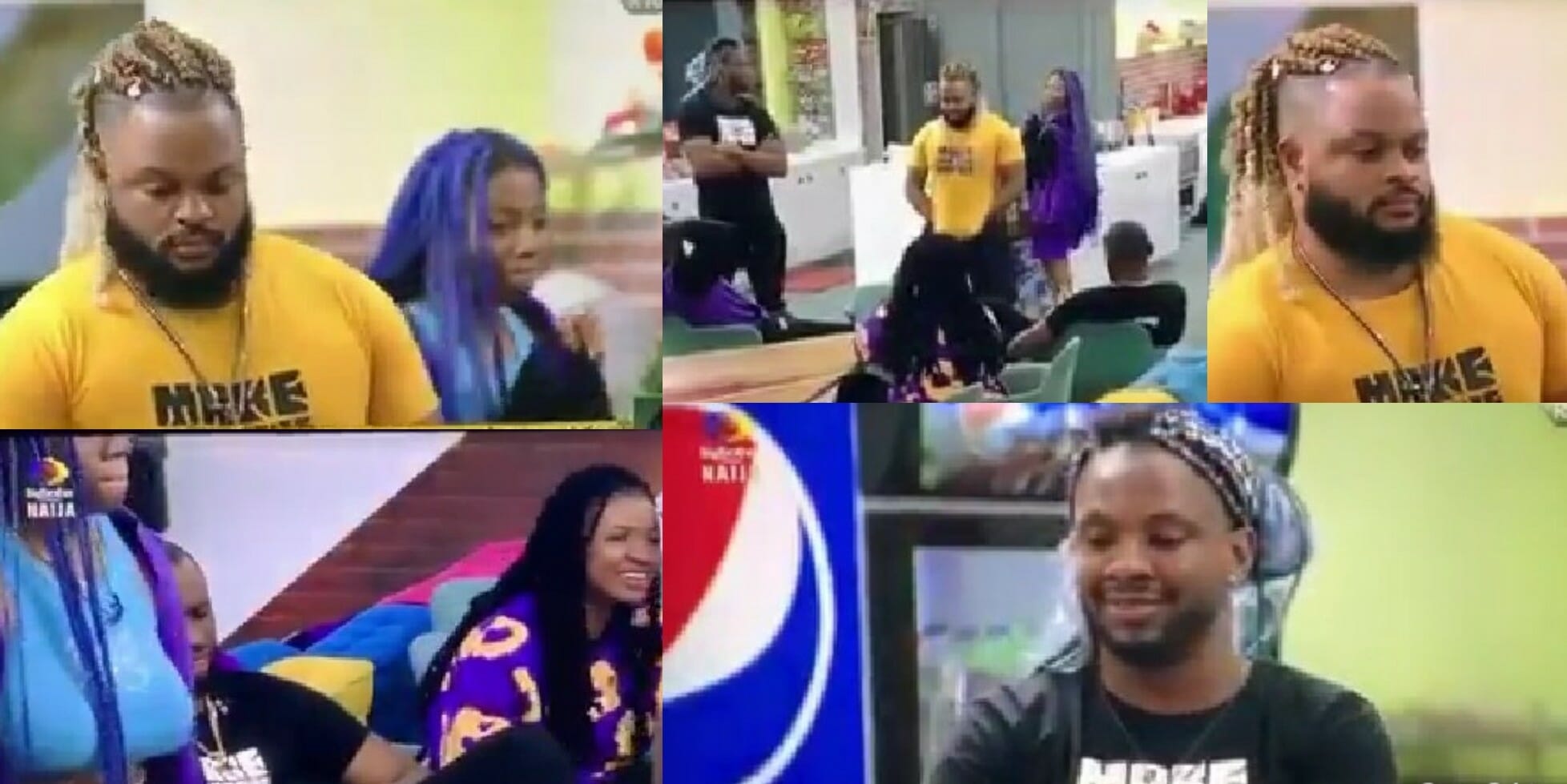 BBNaija 2021: Angel Disagrees With Cross’ Conclusion That WhiteMoney Will Win The Show [VIDEO]

Big Brother Naija ‘Shine Ya Eye’ housemate, Ikechukwu Sunday Cross Okonkwo, popularly known as Cross, has stated that the initial top four finalists have chosen Whitemoney to be the winner of the reality show, before Pere and Angel returned to the house.

He disclosed this on Monday night, after Angel and Pere had returned to the house to join Cross, Emmanuel, Liquorose and Whitemoney as finalists.

Cross, Emmanuel and Liquorose hailed Angel And Pere for their return to the show.

Cross pointed at Whitemoney and said;

“We have already put this one as the winner of the competition.”

“He has won the competition already. We’re just preparing our mind on who will come second, third, and fourth.”

Angel then chipped in;

“As we’re now top six, we are no more sure again.”

As they all chatted for a while, Whitemoney excused himself and left the group.

Moments later, Angel called Pere and they went into the room; then she told him that Whitemoney wasn’t happy about their return to the house.