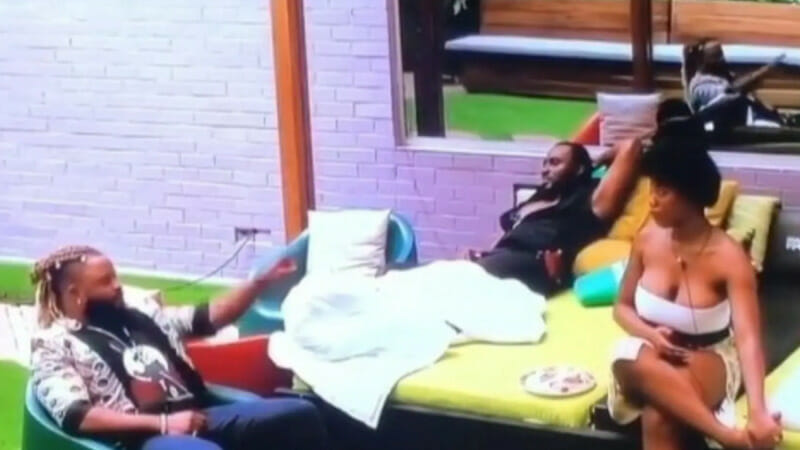 BBN 2021: WhiteMoney Warns Angel Over Her Previous Attitude As She Counters His Opinion Again [VIDEO]

Big Brother Naija Shine Ya Eyes Finalists, Angel and WhiteMoney were involved in another arguement after she made a statement yesterday about ignoring him after the show.

We recall that Whitemoney revealed to the housemates that once they are outside the big brother naija’s house, he would give them a special greeting if he happens to see any of them on the road.

He further demonstrated how he would greet them. Whitemoney’s style of greeting did not go well with Angel. She interrupted him and asked “Who talks like that in Lagos, are you okay?.

Angel who was bent on getting his attention, further stated that she would ignore him on the road after the show.

In response, WhiteMoney warned her about not repeating yesterday’s incidence in the closet when he discussed about greeting the housemates outside the house.

It has taken me a while to put my thoughts to…