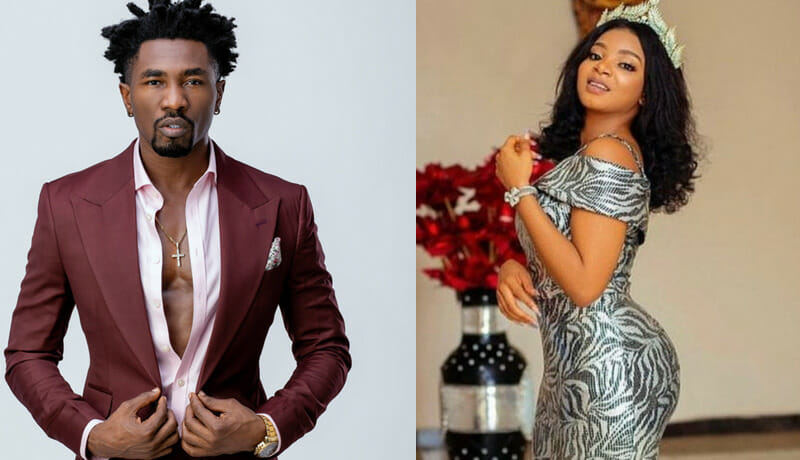 Fresh Interview: BBNaija’s Boma Throws Jab At Queen After He Was Asked To Describe Her In One Word [VIDEO]

Former Big Brother Naija Season 6 housemate, Boma has said that he has no idea about any other person named Queen apart from the great Queen of England, HRH Queen Elizabeth II.

Considering the fact that he was sleeping under the same roof as his fellow BBNaija season 6 housemate, Queen, it’s quite shocking for him to make a statement like this.

During a recent interview he was asked to describe his fellow evicted housemate, Queen, using one word, and according to him, he knows of only Queen Elizabeth and no one else.

Boma and Queen started as very close friends when Queen joined the competition, however, things started going south after Boma got involved with Tega and other girls.

He once warned Queen to stop ‘caging’ him as if they were in a relationship after she confronted him about an incident that happened between him and Angel at the executive lounge.