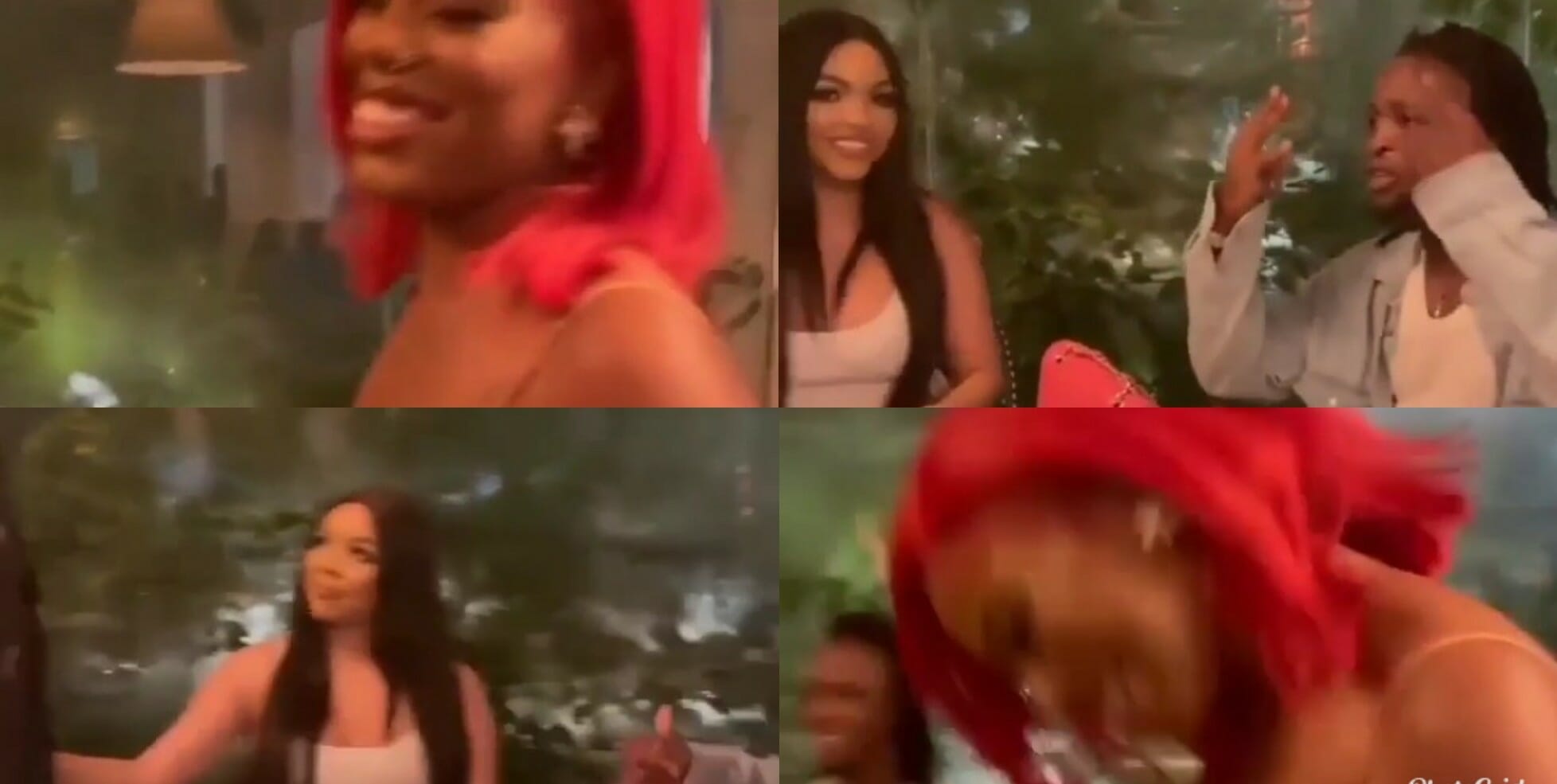 BBNaija Shine Ya Eye star, Angel, finally met two of the biggest stars from the lockdown edition of BBNaija, Laycon and Nengi.

The reality star was very excited as she got to hang out with the season 5 finalists on Thursday night, 7th October.

Ex-housemate, Yerins, alongside the trio were spotted hanging out at Vee’s listening album party in Lagos on Thursday night.

Angel was spotted blushing and laughing hard to Laycon’s jokes at the party.

Yerins was also seen with Nengi during the event holding hands and chatting.

We recall that an old tweet of Angel in which she admitted to trolling Laycon surfaced online during the show.

In the tweet, Angel stated that she knows she is always attacking Laycon when he was in the lockdown house, but she’s happy that he is following his passion, music.

The tweet didn’t sit well with Laycon’s fans, popularly known as Icons, as some of them blacklisted her.