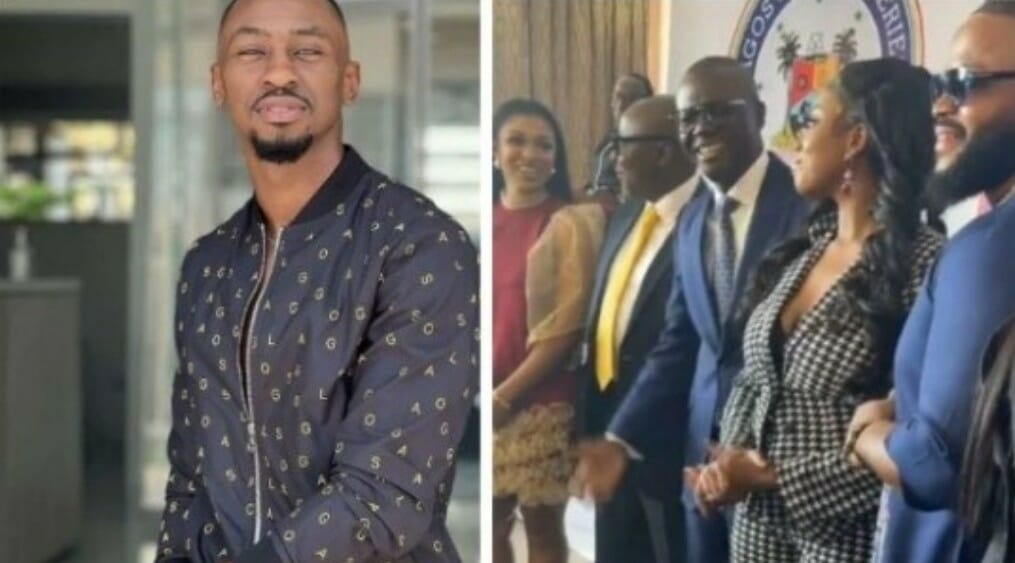 BBNaija: Saga reacts as Gov Sanwo-olu called him, ‘lover boy’ while asking about him from his Co-housemates

Big brother naija shine ya eyes reality TV star, Saga has reacted following the name the Governor of Lagos State, Sanwo-olu called him while asking his former Co-housemates about him.

We recall that 4 Big brother naija shine ya eyes reality TV stars, Whitemoney, Cross, Angel and Liquorose were present at an event organised for the Lagos State Lotteries and Gaming Authority press briefing and unveiling of her new brand.

While getting to know each of them, Sanwo-olu asked after Saga as he called him the lover boy. .

Following the governor’s statement, Saga reacted on Twitter by stating “That’s on, period”.

Saga’s reaction indicates that he is honored to have been recognized and mentioned by the Lagos State Governor, Sanwo-olu, despite not being present at the event.

Sanwo-olu also showed that he was an ardent follower of the big brother naija reality TV show, for he also asked after Pere and called Angel, the famous Angel. 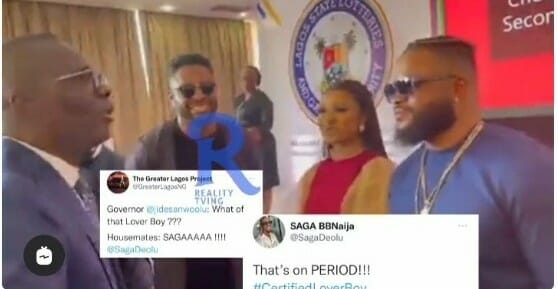