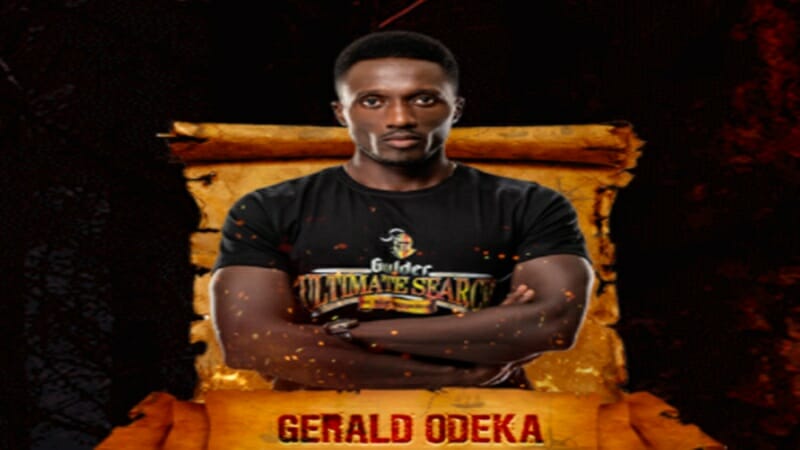 Following his untimely eviction, Gerald Odeka, the second contestant to be evicted from the Gulder Ultimate Search Season 12 ‘The Age of Craftmanship,’ has expressed his disappointment.

Odeka said he is disappointed to have left the show at the early stage because he dreamt of winning.

In an interview with Sunday Scoop, the 35-year-old athlete said, “Getting evicted from the competition so early was painful, because I pictured the money and I anticipated winning. I hoped to be among the last five contestants on the show.”

Recalled that Odeka was evicted on the same night a fellow contestant, Micheal Mfon, who had threatened a female contestant, Esitima Edem, was kicked out of the jungle during last Sunday’s episode of the reality show.

Speaking about his plans after exiting the show, Odeka said, “I want to promote my sport club and groom young Nigerian athletes. My wife and I also want to start a sports bar for lovers of sports. But, I would have to do this one at a time due to my limited financial capability. I want to give back to society by impacting people’s lives. I aimed to promote my sport club and start a sports bar with the grand prize if I had won it. However, at the moment, I need to take things gradually.”